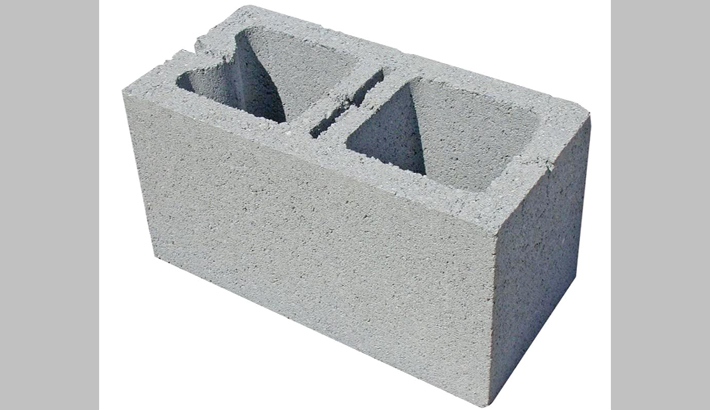 Despite having immense potentials, environment-friendly construction materials, including green brick are failing to get popularity for lack of market promotions and skilled manpower.

Researchers at the Housing and Building Research Institute (HBRI) of Bangladesh, a wing of the Ministry of Housing and Public Works, have developed alternative, environment-friendly, cost-effective and disaster-resilient building materials for sustainable and affordable housing.

“Non-fired bricks are environment-friendly, cost-effective and earthquake resilient as this brick is made from soil dredged out of rivers and cement. Green bricks also don’t pollute the environment as there is no use of topsoil, coal and firewood in its manufacturing,” Mohammad Abu Sadeque, director of the HBRI told the daily sun.

He said experts at HBRI laboratory have made a special type of brick named ‘green brick’ that does not need any firing kilns as the brick is actually a compressed stabilised earth block made from soil and cement.

HBRI officials said the country produces around 25 billion bricks from around 80 million tonnes of topsoil every year to meet the demand in local construction and housing market.

Sharif Jamil, joint secretary of Bangladesh Poribesh Andolon (BAPA), told the daily sun said it is urgent to end the use of topsoil and fired-bricks to save agriculture land and reduce greenhouse gas emission.

But unfortunately, the use of and production of firebrick cannot be stopped as the government has failed to popularise alternative and environment-friendly construction materials to replace the traditional bricks.

The water experts also said many rivers have to be dredged out to improve their flow, resist flood and to remove sediment.

The soil used as the raw materials for non-fire bricks can be using the conventional dredging machines HBRI officials said, adding that the government in its seventh five-year plan has planned to end the use of topsoil in brickfields by 2020.

However, the extent of the use of green building materials is not satisfactory in the country.

Talking to the daily sun, several environmental experts said the alternative building materials developed by the HBRI could help preserve the environment by reducing pollution and prevent the destruction of agriculture land.

Asked about the reasons behind the lack of popularity of environment-friendly building materials, Prof. Dr Jamilur Reza Choudhury, vice-chancellor of University of Asia Pacific (UAP), said, “People will use these products if the green products of HBRI are further improved and made cost-effective.”

“The use of green building materials, including green bricks has to be made mandatory in every government project. Otherwise, use of firebrick can’t be reduced and the private brick kilns owners also won’t be interested in producing green bricks,” Abu Sadeque said.

He said a proposal has been made to include a provision in the Brick Manufacturing and Brick Kilns Establishment (Control) Act to make it mandatory for the brick kilns to produce at least 10 percent green brick as part of their total brick manufacturing.

Sources in the real estate sector said only a few private companies are producing environment-friendly bricks and using those in their construction projects.

“We call upon all construction and real estate companies to use environment-friendly building materials. If necessary, we are ready to provide training to help them introduce environmentally-friendly construction technology,” the HBRI director said.

Talking to the daily sun, Samir Uddin Ahmed, general manager (Product unit) of Concord Group, said Concord Group has been producing and using non-fired blocks as a substitute of the traditional fired bricks in its constructional works since 1996.

Samir Uddin Ahmed said the government should carry out promotional campaigns to popularise green bricks and make such products more affordable and available.

Anwar Hossain, General Manager (Production) of Building Technology and Ideas (BTI), said they have been using the non-fired blocks in their construction projects as the green bricks are eco-friendly, hit proof and sound proof.

Mohammad Selim, Deputy General Manager of Mir Real Estate, said the company has been producing and using the non-fired block and using those in their construction projects “VAT should be withdrawn from solid block products to reduce cost,” he said.