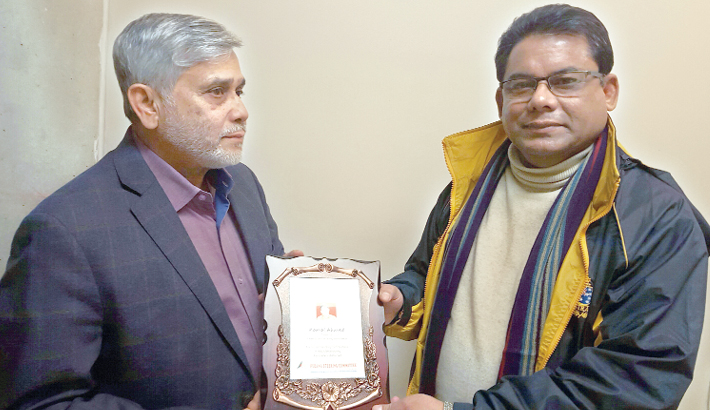 Each year FOBANA honour’s Bangladeshi dignatories as a part of their Patriotism Commitment. This year, they selected Kamal Ahmed as the guest of honour at 31st FOBANA Convention.

Kamal Ahmed was nominated for FOBANA Award on September 2017 but he could not join there due to Visa related complexity. So, Mr. Ahmed was unable to receive the Award at FOBANA Award giving Ceremony held on last September.

However, Co-convener of FOBANA Canada and Secretary general of Awami league of Canada Mohammed Abdus Salam handed over the FOBANA Award to Kamal Ahmed during the visit.