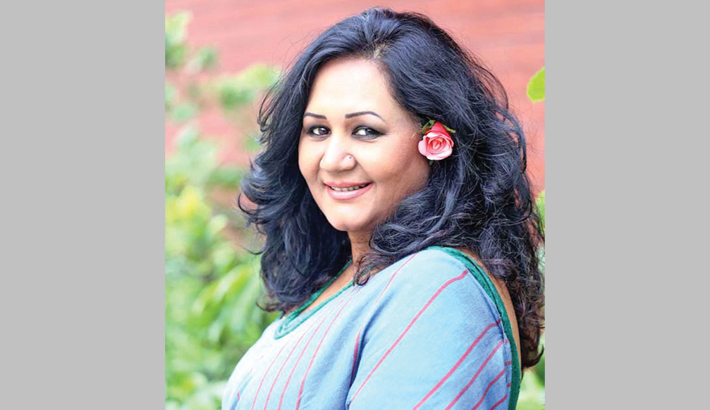 Today is the birthday of Fahmida Nabi, one of the leading singers of the country.

Her fans, friends, and well-wishers from around the world have sent their congratulatory messages to the singer as she turns another year older.

Celebrities and her co-artistes also take to the social media and shower love on Fahmida with birthday wishes.

Born in Dinajpur on January 4 in1966, Fahmida Nabi is a Bangladeshi singer. She is the daughter of late singer Mahmudun Nabi and the elder sister of singer Samina Chowdhury.

Her solo career started in 1979 and has spanned over three decades. She sings primarily classical and modern Bengali songs.

Besides that, she sings Rabindra Sangeet and Nazrul Sangeet. Her first album is Tumi Tulonahina.

Her first duet album entitled Ek Mutho Gaan-1 was released in 2006. It was recorded with Bappa Mazumder.

She also runs a voice modulation institution named Karigori from 2007 and works as voice grooming facilitator for that institution.