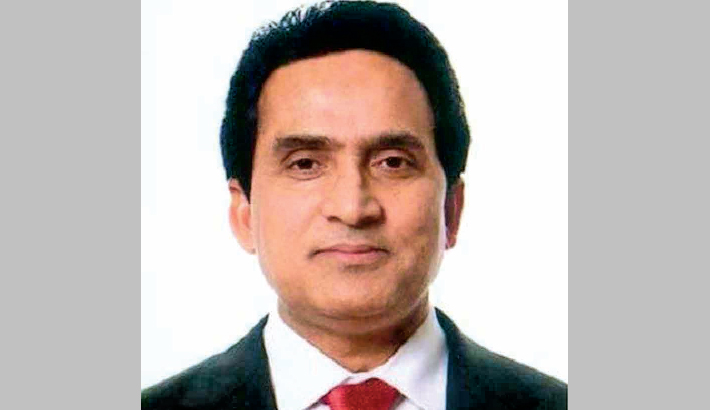 The government on Wednesday appointed former Senior Secretary Mosharraf Hossain Bhuiyan as Chairman of the National Board of Revenue (NBR) as well as Senior Secretary of Internal Resources Division (IRD).

The retired bureaucrat has been brought back to the government job on a two-year contract, according a public administration ministry statement released on Wednesday.

“I'll join the NBR tomorrow (Thursday). I want to carry forward the positive trend of NBR specially in revenue mobilisation and increasing the number of taxpayers,” said while talking to the press.

“Another priority area is to further improve the investment friendly atmosphere in the country,” he added. The statement signed by senior assistant secretary Muhammad Abdul Latif said that Mosharraf Hossain Bhuiyan have to discontinue professional relations with other organisations and institutes as per the new contract.

He replaced Md Nojibur Rahman, who also appointed as principal secretary of the Prime Minister on December 31, after serving NBR for about three years. Prior to his current assignment, Hossain had been working as the senior secretary of the industries ministry.

The government appointed him as senior secretary on 11 April, 2016 at industries ministry. He was supposed to go to Post Retirement Leave (PRL) on June 30, 2016, when the government gave him one year extension and deputed to the same ministry.

Before that he was appointed as secretary at the industries ministry in October 26, 2014.

Earlier he was acting secretary of the Bridges Division of the communications ministry on February 3, 2010 and was made secretary on July 29, 2010 at the same ministry.

He was made an ‘officer on special duty’ (OSD) during the turmoil over the Padma Bridge’s financing by the World Bank.

Hossain, a 1981 BCS cadre, completed his bachelor and master's degree in economics from Dhaka University. Mosharraf Hossain Bhuiyan was born on July 1, 1957 at Balusair village in Sadar upazila under Narsingdi district.