Pranab due in mid-Jan 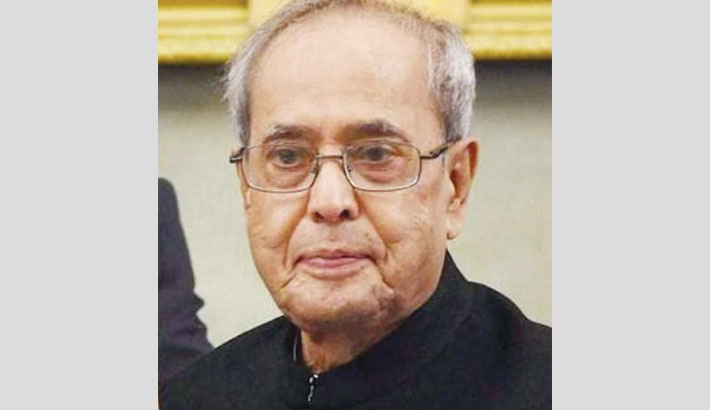 Former Indian President Pranab Mukherjee is likely to come to Bangladesh on a three-day private visit this month, reports UNB.

“Yes, there’s a possibility. Most probably in the second week of January,” a diplomat told UNB indicating that Pranab might arrive here on January 14.

His programmes are yet to be finalized but he expressed interest to visit Rohingyas in Cox’s Bazar district.

“I can tell you he expressed interest to visit Rohingyas. But things are yet to be finalized,” said the diplomat.

Pranab, who has served as the 13th president of India and has been enjoying his retirement life by reading books and writing his diary, is likely to deliver speech as Convocation Speaker at the East West University in Dhaka apart from other engagements.

The third edition of The Raisina Dialogue titled ‘Managing Disruptive Transitions: Ideas, Institutions and Idioms’ will be held at the Taj Diplomatic Enclave in New Delhi on January 16-18.

This theme is designed to explore the shifting dynamics within the global order; where old relationships need new directions, emerging partnerships face unprecedented constraints and the notions of power and sovereignty are challenged, officials said.

The Dialogue will foster discussions on the role of institutions, the possibility of collective action and successful responses to these modern developments.