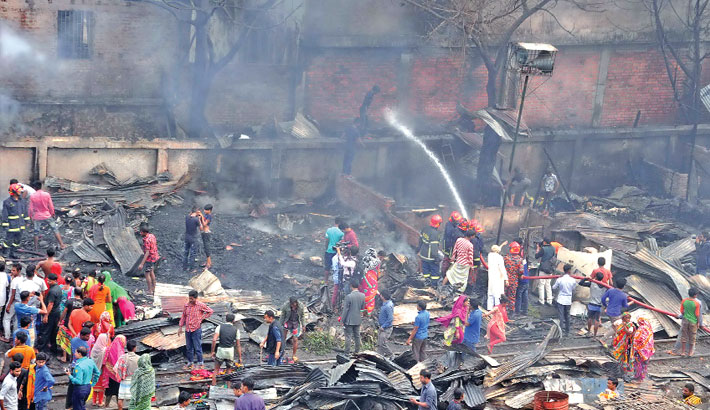 Firefighters try to extinguish a fire that gutted 20 houses at Karwanbazar slum in the capital on Monday. - sun Photo

A devastating fire raged through a slum in Karwan Bazar area of the capital on Monday, burning about 100 shanties to the ground.

“The fire originated around 12:30pm and ravaged the whole slum,” said Farid Uddin, duty officer at the Fire Brigade and Civil Defence.

At least 100 shacks were turned to ashes in the blaze, he added.

On information, firefighters rushed in and put out the flames after frantic efforts. The reason for the outbreak of the fire in the slum could not be known immediately.

There was no report of injury in the incident, the fire official also said.

Slum fire is commonplace in the capital, which guts shacks and valuables of slum-dwellers as well as claims lives.