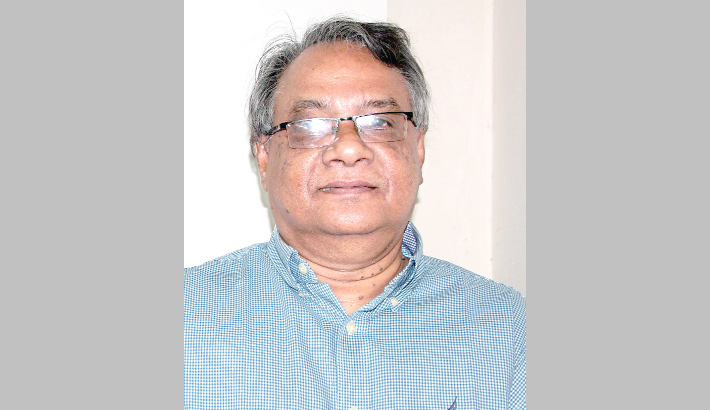 Bangladesh gained independence in December 1971 through a bloody War of Liberation. Three million people laid down their lives to achieve victory. The war left the country devastated in every aspect. The economy was shattered and the communication network destroyed. Above all, there were about 10 million refugees who took shelter in India to be brought back to the new independent country and rehabilitated. There were other daunting tasks including the framing of a constitution reflecting the hopes and aspiration emerged during the Liberation War and to take the economy to the growth path. It is interesting to note that the government with the help of the people could achieve many of them with the shortest possible time. However, some constraints were to be overcome that included political opposition, especially of some the left leaning parties, maintaining law and order and natural calamity like flood that caused large scale crop loss. However, the situation started to improve in all fronts. The economy recovered and started moving forward with greater momentum. When the situation apparently seemed to be calm and gaining stability, came the August Tragedy of 1975. The Father of the Nation Bangabandhu Sheikh Mujibur Rahman along with his family members and other close relations were murdered on the dead of the night of 15 August, 1975 by a section of the disgruntled military personnel. The days then followed were marred by coups and counter coups and killings. The atrocious activities did not stop there. Four national leaders Syed Nazrul Islam, Tajuddin Ahmed, Capt. M Mansur Ali and AHM Qamaruzzaman were killed by the same disgruntled military personnel who killed Bangabandhu and next to his kin on November 3, 1975 when they were under state custody in the Dhaka Central Jail. It is worth mentioning of the fact that the four leaders played a vital role in forming the country’s first government, which led the Liberation War in 1971. Tajuddin Ahmad was the prime minister of the government in exile while Syed Nazrul Islam was the acting president, Mansur Ali was the finance minister and AHM Qamaruzzaman was the minister of home, relief and rehabilitation affairs. The period then was also characterized by killings of the freedom fighters. Many of the freedom fighters decorated for gallantry awards during the Liberation War were indiscriminately and mysteriously killed on the pretext of coups and counter coups.

The above also ushered in the unconstitutional rule in the country. It is perceived that the above gruesome activities were carried out in fact to bring in the unconstitutional rule in the country to implement some heinous agenda of far reaching consequences for the country and the nation of the defeated forces of the Liberation War of 1971. Apparently the immediate beneficiary was Khandaker Mushtaq Ahmed and his cronies but real beneficiary were the anti liberation forces. Mushtaq unconstitutionally assumed the office of the President of the Republic and termed the Bangabandhu murderers as the ‘Surya Santans’ and granted them indemnity for all their crimes which are equated as crimes against the humanity. Very soon he was overthrown and General Ziaur Rahman became the de facto head of the country. A number of amendments to the Constitution were made through military promulgations. In the process, the ideals for which the country was established with the supreme sacrifices of the millions of people were, in many cases, abandoned, sacrificed or compromised. The very character of the Constitution was changed from an egalitarian to a conservative and reactionary one. The fundamental principles of the State Policy were changed and in some instances were also given new meanings to suit the purposes of the usurpers of the state powers leading to discontentment and division among the citizens particularly on the basis of religion. The first seed of division of the otherwise united nation on fundamental issues was sown. Then trial against the war criminals was stopped and those particularly convicted of murder, rape and arson were given general amnesty disregarding the rights of the aggrieved to seek justice for crimes committed during the Liberation War against them and their near and dear ones. This act of the denial of justice brought in the culture of impunity in the country which is yet to be banished from the country for once for all. The anti liberation activities did not end there. It culminated with allowing the political parties collaborating with the Pakistani occupied regime in committing war crimes and crimes against humanity to register as political parties and do politics in independent Bangladesh.

This paved the way for the collaborators to become even President and Prime Minister of the country. These moves were slaps on the face of the pro-liberation forces. This particular move allowed the anti-liberation forces to regroup them and pose as political forces under state patronage. Further, political parties were established under state patronage with the strong presence of the anti-liberation forces. It is evident that the division in the polity was consciously created by the forces that assumed state power after the assassination of Bangabandhu and his family members and the four national leaders. It was part of a great design to bury the high egalitarian ideals of Liberation War and replace them with the defeated Pakistani ones. The ultimate objective was to transform Bangladesh into a ‘New Pakistan’ with impacts on politics, society, economy and culture of the country. History suggests that Khandaker Mushtaq initiated the above process, General Ziaur Rahman laid the foundation and General Hussain Mohammad Ershad completed it.

For the last two decades or so Bangladesh is trying to re-establish the ideals of the martyrs of the Liberation War through concerted efforts and will and made remarkable progress especially in doing away with the culture of impunity by successfully holding, in spite of great difficulty and conspiracy, the trials of the killers of Bangabandhu and the national leaders and above all the war criminals who committed crimes against humanity during the Liberation War. In the economic, social and cultural sectors Bangladesh also achieved remarkable successes which are even recognized by the international community. The successes could have been more had there been no consciously created acrimonious political division, created and fanned up by defeated forces of 1971, among the people of the country. Over the years, Bangladesh and its resilient people have won many laurels under extreme conditions and hardships. Keeping those in mind, it is expected that the people in the coming days will also do away with disdainful political division that currently thwarting the progress and development in gaining further momentum.