Jolie wants First They Killed My Father to inspire viewers 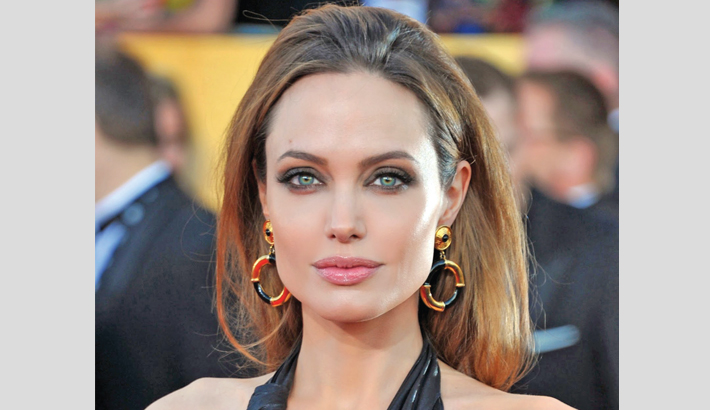 Angelina Jolie hopes her new film 'First They Killed My Father' will encourage people to go to Cambodia. The 42-year-old actress-turned-director made 'First They Killed My Father' - which is based on author Lung Ung's account of the Khmer Rouge 1975-79 regime - in the Asian country, and though it depicts an incredibly difficult period in history, she wants viewers to see past that and embrace the ''beautiful'' land and its people.

She told Psychologies magazine: ''I love this country so much and I hope that when people see the film, they don't just see the war and the suffering, but they get to really know this Cambodian family. ''My wish is that they see the beautiful culture, language and talented artists. I hope that people will come ad bring work and travel to Cambodia.''

And Angelina - who raises Maddox, 16, Pax, 13, Zahara, 12, Shiloh, 11, and nine-year-old twins Knox and Vivienne with estranged husband Brad Pitt - thought it was very ''special and beautiful'' to work on the movie with so many local creatives.

She said: ''I was so proud of everybody in Cambodia and how hard they worked and participated in the creation of the film.

''It was also important for them, because one of the first steps the Khmer Rouge took was to kill all the artists and writers and anyone who could be creative and expressive. So seeing Cambodian artists contributing to this film was special and beautiful.'' But the filmmaker was also aware it was a ''painful'' period to recreate, so she made sure there was always help and support on hand.

She added: ''It was painful for everyone - you can imagine how hard it was for them to relive certain moments.    —Contactmusic