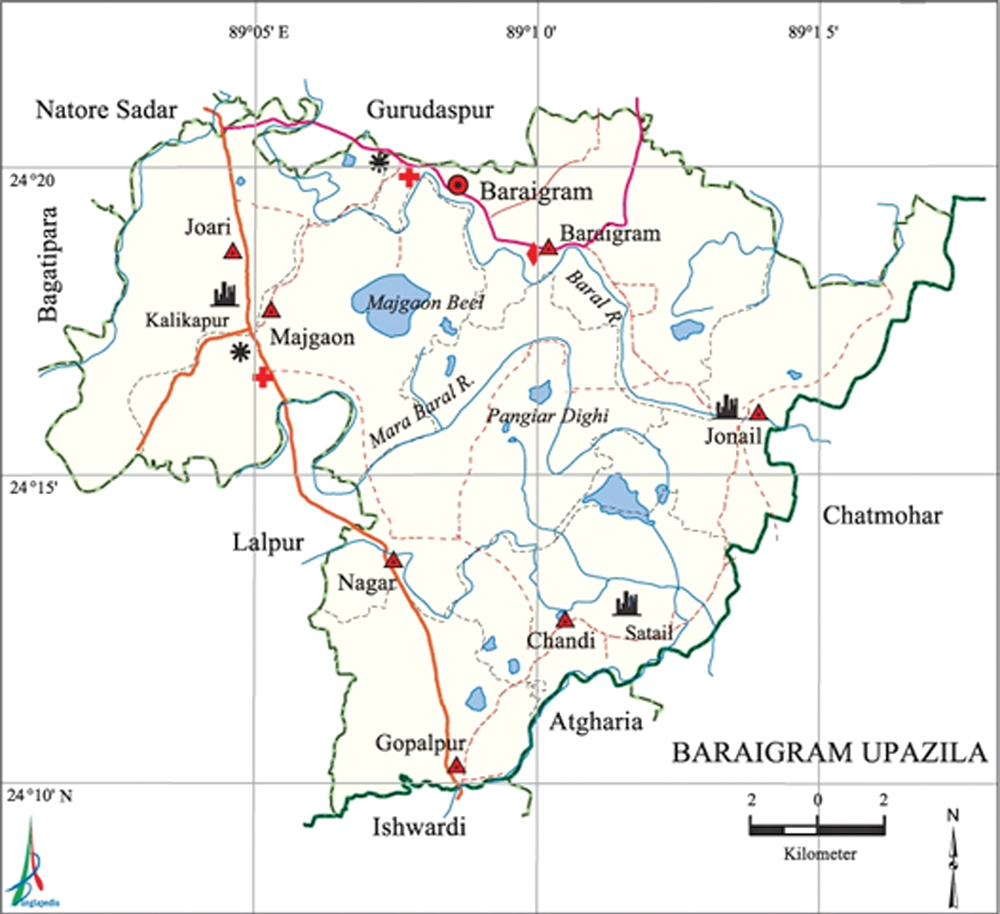 Administration Baraigram Thana was formed in 1869 and it was turned into an upazila in 1983.

History of the War of Liberation: During the war of liberation the Pak army brutally killed 85 innocent persons at Banpara Mission Refugee Camp on 3 May 1971.

Marks of the War of Liberation Mass grave 1, martyr memorial 1.

Main exports: Paddy, banana, papaya, date molasses. Access to electricity: All the unions of the upazila are under rural electrification net-work.