Rezwanur Rahman, Back From Malaysia 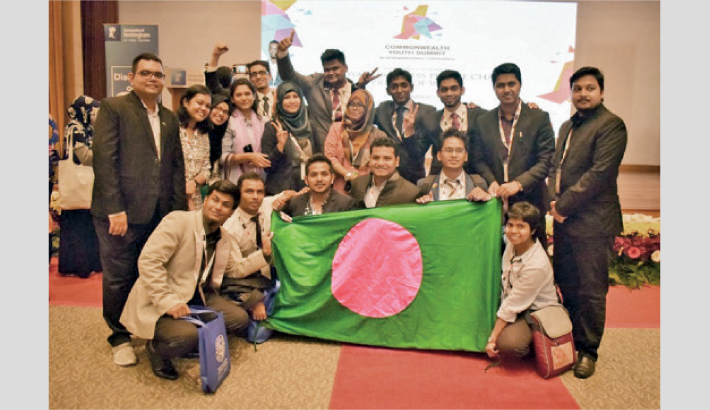 The ‘Commonwealth Youth Summit 2017’, first of its kind, was held from November 4-5 at the Limkokwing University of Creative Technology Malaysia, where young leaders from 52 commonwealth countries took a pledge to actively partner in promoting peace and social cohesion, building global equity, and fulfilling the commitment of the “sustainable development goals” adopted by the United National Framework Convention on Climate Change (UNFCCC).

To represent my country, I attended the summit with 24 other Bangladeshi delegates from different organizations. His Royal Highness Prince Charles of Wales inaugurated the summit on November 3 at University of Nottingham, Malaysia. “We have the commonly agreed framework of joint action which if implemented would generate $12 trillion and 600 million additional jobs. Transformative change is possible”, he said while addressing the audience.

During the three-day-long summit, speakers coming from diverse backgrounds spoke at length on broad topics of climate change and finance, digital economy and entrepreneurship, peace building, social cohesion and other relevant issues linked to global development and equitable societies.

The participants were also actively involved in designing proposals and projects to be taken up at a common platform for social transformation, advocacy and change in their respective countries.

After successfully completing the summit, I visited the offices of Google Malaysia, Axiata Corporate Headquarter and Intel Corporation. Finally I came back to Bangladesh on November 12, 2017. It was a nice and memorable journey.