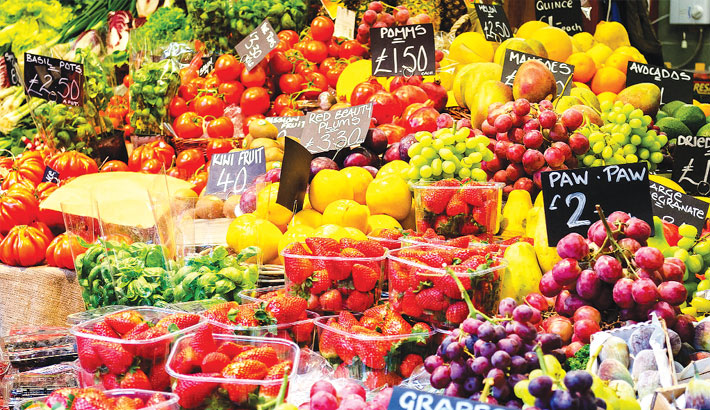 LONDON: Households face increases of up to £930 in their annual shopping bills if Britain walks away from Brexit talks without a trade deal, according to new research that reveals a disproportionate impact on poorer families and the unemployed.

Meat, vegetables, dairy products, clothing and footwear would be subject to the largest consumer price rises under a “no-deal” scenario, according to a study published in the authoritative National Institute Economic Review, adding to inflationary pressures that have already forced the first interest rate rise in a decade this week, reports The Guardian.

Stalled negotiations resume next week in Brussels, but the government is also about to publish a trade bill that would result in Britain being required to apply swingeing new tariffs on European imports if it falls back on World Trade Organisation rules.

Since WTO tariffs are highest for fresh food – reaching 45% for dairy products and 37% for meat – and much of this is currently imported from Europe, the team of economists predict an inflationary surge that could match that already inflicted by the falling pound.

This would impact most on those least able to afford it, as poorer households typically spend a much higher proportion of their income on food and other essentials. For the 2m worst-affected households, the study predicts their weekly expenditure will rise by 2-4.7%, equivalent to £400-930 extra a year.

“The overall increase in price in the affected goods is estimated to be 2.7% and this translates into an increase in the overall cost of living of 0.8-1.1% for a typical family, with the unemployed and families, those with children and pensioners hit hardest,” conclude the economists from the University of Sussex and Resolution Foundation.

“This may seem a small number but, in a country in which the real incomes of ordinary families have been stagnant for several years, a loss of this order would have a significant effect on welfare.”

Nonetheless, the Brexit secretary, David Davis, warned MPs this week that the government still needed to seriously consider pursuing the no-deal option in the face of alleged EU intransigence over exit negotiations.

A government spokesman said: “While it is the duty of a responsible government to plan for all scenarios, we are clear that a deep and special partnership with the EU is the most likely outcome.

“We are confident of securing a deal which is in the interests of both the UK as a whole and our European partners.”

In the long run, Brexit enthusiasts argue that Britain could offset the rising cost of European imports by growing more food at home and striking new trade deals with countries such as the US, Australia and New Zealand.

Chris Grayling, the transport secretary, predicted last month: “It would mean that … supermarkets bought more at home, that British farmers produced more, that they bought more from around the world and it would damage French producers and continental producers.”

But the researchers, who modelled the impact of import substitution, argue there is a limit to how much can be grown in Britain due to land and labour shortages. International trade deals may take many years to complete and offer limited replacement sources for fresh produce in particular.

Under WTO rules, there is limited room for manoeuvre for any government seeking to mitigate the impact.