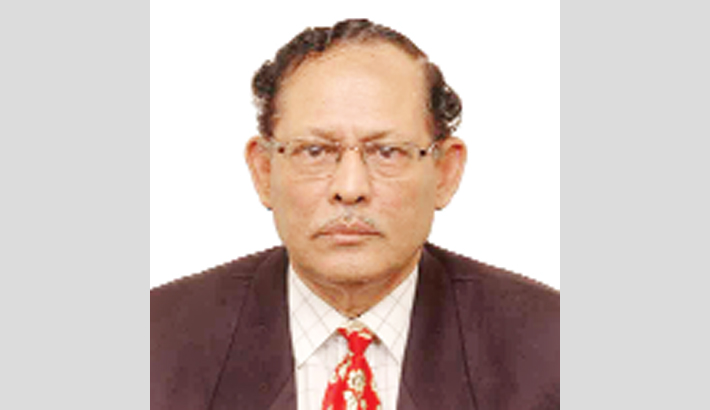 Bangladesh has made a great stride in improving the health of its population through the combination of political engagement, socio-economic development and a range of health and health related interventions and health care services. Bangladesh is very often cited as a success story with significant progress against many of the Millennium Development Goals and related indicators as demonstrated in a series of independent evaluation and review across this sector. Despite this progress, it is recognized that more need to be done to further improve maternal, neo-natal and child health, nutrition and family services in a comprehensive manner to deliver services for the welfare of the marginalised and impoverished sections of the society.

The urban health care services delivery system needs to be more strengthened with effective coordination of the inter-ministerial efforts taking combined initiatives. City fathers must have commitment to create “Healthy City” along with the slogan of Green City and Clean City. The concept of Healthy City should get top priority in the minds of policy makers to extend services with pro-poor targeting and gender responsiveness. The Ministry of Health and Family Welfare cannot go alone since urban health care services need to build a broad coalition with Local Government Division, urban local bodies, non-state organizations with the support of communities and mass media to achieve the targets of Sustainable Development Goals by 2030 and turn the country into developed one by 2041.

The overall goal and mission of the 4th Health, Population and Nutrition Sector is to ensure that all citizens of Bangladesh enjoy health and well-being by ensuring access to quality and equitable health care and a healthy and safe living environment. Besides, the goal of Universal Health Coverage (UHC) has been elevated in the global and national agenda in recent years as a part of the Sustainable Development Goals (SDG) specific to the health. UHC is understood as access for all to appropriate health services at an affordable cost.

It is associated with better health and equity, as well as financial protection. The systematic resilience provided by universal health coverage also contributes to poverty alleviation by reducing catastrophic health expenditures. Unfortunately, in Bangladesh, as at present, out of pocket  payments is about 63.3% as per National Health Accounts, 2014 and quality of care is at deplorable state  especially to urban health care services.

Trend of Urbanisation and its Impact

Urbanisation in Bangladesh is growing so fast where population growth rate is 1.37 % but urban population growth is more than 5.% creating acute demand for more health care services. The urbanisation is an inescapable trend of modernisation and should therefore be taken as inevitable phenomenon. Programme of Action of ICPD 1994 called upon governments to “respond to the needs of all citizens including urban squatters, for personal safety, basic infrastructure and services, to eliminate health and social problems.” Urbanisation is not about simply increasing the number of urban residents or expanding the areas of cities. More importantly, it’s about a complete change from rural to urban style in terms of industry, structure, employment, living environment and economic security.


Urbanisation is relevant to a range of disciplines, including geography, sociology, economics, urban planning and public health. The phenomenon has been closely linked to modernisation, industrialisation and sociological process of rationalisation. Urbanisation creates enormous social, economic and environmental changes, which provide an opportunity for sustainability with the “potential to use resources more efficiently, to create more sustainable land use and to protect the biodiversity of natural ecosystems.”

Excluding the city states of Hong Kong and Singapore, Bangladesh is the most densely populated country in the world. It has a population of about 142 million people with a density of 1015 persons per square kilometre (BDHS 2011). Relatively young age structure of the population indicates rapid population growth during the second half of the twentieth century.

The population characteristics of Bangladesh are also unique in its feature. Although population growth is now 1.37 % but the total population reached to 163 million and it might go higher in coming years due to the young structure of the population and early marriage as normal practice. Total Fertility Rate is 2.1 and Net Reproduction Rate is below 1.00 and life expectancy at birth reached to 72 years.

Urban migration takes place due to “Pull” and “Push” factors.  Education, health care, employment etc. drive the population to settle in towns and cities whereas climatic disaster, poverty and river erosion, landslide etc. push them to settle in urban areas.

Problems crop up when they migrate to urban areas for employment; migrants take shelter in some slums or in a disadvantaged areas where scarcity of pure and safe drinking water persists, sanitation and latrines are very inadequate with no electricity, fresh air and other living facilities are absent for urbanities. These types of settlements and unhygienic living conditions are roots of many communicable and non- communicable diseases demanding priority treatment in government hospitals and private clinics. Female migrants dominate the slums where common source of injury for women is the domestic violence (64%), smoking alcohol, malnutrition, hypertension, diabetics, renal failure, gastroenterological problems etc. are common and other expensive diseases. Besides, early bearing of child among teenagers, adolescents and higher rate of infant and child mortality and mental disorders are major threats to health

Persistent migration from rural areas to large cities has serious implications for the level of productivity, the state of urban infrastructure and environmental conditions since with migrant’s cities grow faster than the capacity of the economy to support them. Stresses caused by rapid urbanisation are interrelated – lack of sanitation, air pollution, respiratory problems, communicable diseases, accidents, and injuries require holistic solutions and comprehensive service delivery system. The city is home to both opportunities and obstacles; with better planning we can create safer cities, prevent injuries, and save lives. The residents in poor urban areas such as slums and informal settlements suffer “disproportionately from disease, injury, premature death and the combination of ill-health and poverty entrenches disadvantage over time.”

Many of the urban poor have difficulty in accessing to health services due to their inability to pay so they resort to less qualified and unregulated providers.

Public Health is Responsibility of the State

The Constitution of Bangladesh, Article 18 (1) makes provision for the public health and morality as follows: “The State shall regards the raising of the level of nutrition  and the improvement of public health as among its primary duties and in particular shall adopt effective measures to prevent  the consumption, except for medical purposes or for such other purposes as may be prescribed by law, of alcoholic and other intoxicating  drinks  and of drugs which are injurious to health.”

It implies that Public Health is the responsibility of State to provide health care services everywhere irrespective of urban-rural and rich and poor.
In the rural areas, the health services providing  infrastructure in Bangladesh is one of the excellent in South East Asia starting from 13,732 Community Clinics, 3134 Union Health and Family Welfare Centers, 424 Upazila Health Complexes (31beds and 50 beds) and 65  District hospitals, more than 100 maternal and child welfare centres  and  29 Medical colleges  and 9 Dental colleges  in the Government sector and more than 60  private medical colleges and 17 Specialised Hospitals with a Medical University (BSMMU). There are 35 Government Outdoor Dispensaries to provide urban primary health care services.  Ministry of Health and Family Welfare has inadequate health care centres to provide services to poor living in slums and squatter and other disadvantaged locations

Urban primary health care services are provided by non-state actors and private sector operators. The National Health Policy, 2012 is not specific about the Urban Primary Health Care and out of 29 Operations Plans under 4th HPNSDP there is no specific Operation Plan except ESD to deliver essential services package. The wide gap that exists in urban health care network created crisis to provide PHC services in urban areas.
Local Government Division has undertaken a drive to formulate an Urban Health Strategy keeping in view priorities of National Health Policy and demand of the growing urban population.

In urban areas, PHC services, interventions to ensure safe motherhood and other limited curative care are rendered at present by the Urban Primary Health Care Services Delivery Project under the Local Government Division with its 26 Comprehensive Reproductive Health Care Centres and 134 Primary Health Care Centres and almost 270 satellite clinics under a model of Public-Private Partnership since 1998. This project is working in 11 City Corporations and 4 Municipalities with the ownership of concerned CCs and Municipalities engaging 12 Non-Government Organisations and ensuring community participation. Almost all comprehensive reproductive health care centres (CRHC)  and primary health care centres (PHCC)  are located near to slum and providing maternal, neo-natal, FP, MR, VAW, STI/ RTI services and counselling  on nutrition and limited curative care. The project is supported by Government and development partners like Asian Development Bank and Swedish Embassy and UNFPA. Besides, NHSDP (NGO Health Services Delivery Project) is providing Health Care services through it 330 Clinics in urban areas with the support of USAID and DFID to run clinics and provide services. BRAC community based program is functioning in 8 cities and Marie Stopes International is providing services through its clinics in 12 CCs/Municipalities with support of DFID. GFATM is attending urban patients with Tuberculosis and HIV/AIDS, while Sharee Project is dedicated to women focused activities. Thus, it will be seen that urban areas are served by mostly by non-government organisations and private sector operators.

Major gaps and challenges exist in urban health care services delivery system where the question of good governance and total quality management are great challenges. The inadequacies and gaps existing at present in the urban primary health care system could be summarised as follows:

Since there is no regular source of funding from revenue budget of the government to urban local bodies to strengthen the capacity of Health Departments /Units of CCs/Municipalities, urban health care delivery system is dependable on uncertain source of funding and cannot make of any long time planning ;

Inadequate  and disproportionate services and weak control on quality of care  and services provided by non-state actors are threats to health care of the urban poor,

Urban health care financing through Out Of Pocket Payment (63.3%) by households is an impediments to extend services to urban slum dwellers leading to poor health.

Targeting special interventions on the vulnerable groups in the cities, mapping of hard core urban poor should be undertaken to improve access to such urban poor. The vulnerable section includes waste pickers, destitute, beggars, street children, construction workers, rickshaw pullers, sex workers, street vendors and other such migrants and floating population. Special attention should be paid to organising outreach sessions/clinics for vulnerable communities to generate health awareness and refer cases to nearby static centres.

It is suggested strongly to make institutional arrangements so that urban local bodies are empowered financially with managerial skill to develop a comprehensive package of urban health care delivery system with effective coordination to ensure improved governance with strong monitoring and periodical evaluation and review. There should be transparency and accountability of non-government organisations in the delivery of services involving elected representatives of local bodies and user’s forum. Urban Local bodies should be made responsible for all wider determinants like water, sanitation, nutrition, health education, skill development, housing etc. creating common umbrella of governance to ensure access of slums and disadvantaged population to get health care services and diagnostics support with affordable cost or no cost basis.

There should be sustainability fund of all urban local bodies with significant support of the government to enable them to achieve the targets of UHC and SDG by 2030.

The writer is an urban health specialist.