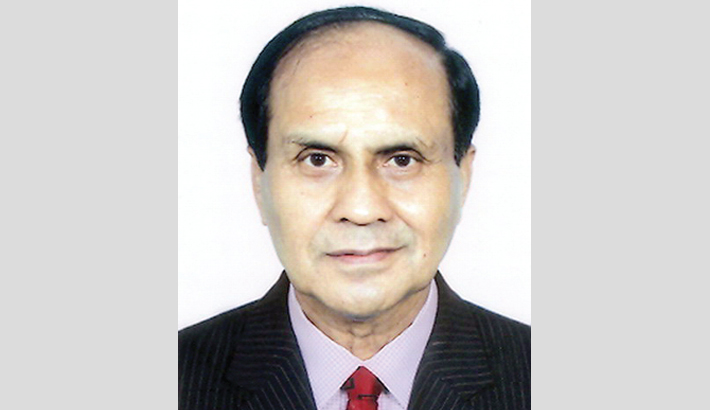 Palli Karma-Sahayak Foundation (PKSF) is a state-sponsored apex development organisation dedicated to eradicate poverty and uplift human dignity of more than 40 million people, most of who are excluded from the mainstream development process of Bangladesh for various reasons. By its nomenclature, PKSF primarily addresses poverty reduction through employment generation. However, it has diverse operational strategies to achieve its mission and vision. PKSF envisages a Bangladesh where poverty has been eradicated; the ruling development and governance paradigm is inclusive, people-centred, equitable and sustainable; and all citizens live healthy, appropriately educated and empowered and humanity dignified life. It has emerged from a humble wholesale microfinance lending organisation to an inclusive financing organisation for people-centric development that ensures human dignity. As a “Company not-for-profit”, PKSF enjoys operational flexibility and administrative independence. PKSF started its journey in 1990 when the macroeconomic indicators of the country were not as healthy as they are now. As an organisation, it can indirectly operate for the government while keeping itself outside the umbrella of government’s budgetary and project management processes. The autonomous structure of PKSF allows it to complement government’s development programmes by taking quick operational decisions.

Initially, PKSF set the goal of creating self-employment opportunities in rural off-farm sector by extending financial loan facilities to the moderate poor. This loan programme has been diversified over the years to cater to the changing needs of heterogeneous groups of urban and rural poor. PKSF’s “inclusive financing programme” now extends financial packages to the ultra poor, moderate poor, small and marginal farmers and micro-entrepreneurs. It now provides a wide range of development services including appropriate loans (no longer microcredit), basic education, primary health care, transfer of proven agricultural technology to the farmers and business development services to the disadvantaged segments of Bangladesh. PKSF operates through the Non-Government Organisations (NGOs) popularly known as Partner Organisations (POs). It operates in all districts of Bangladesh through 8,000 branches of its 277 POs. It is also known as a creator of pro-poor institutions at the local level for sustainable poverty reduction. PKSF used to finance large NGO-MFIs of Bangladesh including BRAC, ASA etc.

Back in 1980s, while public sponsored poverty reduction efforts often failed to appropriately address a large number of poor in Bangladesh, the Government started to search for some neo-liberal mechanisms to help the poor. Preliminary success of microfinance in Bangladesh made a sensible case for setting up an organisation, which would be entrusted to replicate the ideas and methodology of classical microfinance all over the country. PKSF was established targeting the poor to expand their employment opportunities and make a dent in this chronic stagnation of rural development efforts in Bangladesh.  In an institutional arrangement, PKSF wanted to stand between the public sector and the NGOs sector, known as the third sector. Two important factors explain the socio-economic and policy context in which PKSF was established.  First, the late 1980s and early 1990s saw a gradual declining of donor funding for microfinance outreach in Bangladesh. Second, the gradual acceptance among the microfinance professionals that the realization of Microfinance Institution’s (MFI) financial viability is a cause of the first importance, which could be significantly enhanced if there existed an apex body dedicated to this core goal.  Both of these factors have been at the centre of the strategic role that PKSF has pursued since its establishment. A home-grown development organisation, PKSF was born and registered as a company “not for profit” on 2 May, 1990. It was fully funded by the Govt. of Bangladesh.

PKSF implements policies and programs involving multiple dimensions of human living and human poverty; pursues a life-cycle approach to human progress catering to the appropriate needs at all stages of life. Financial, non-financial and technical services provided by PKSF relate to education, work force development, health and nutrition, sanitation, inclusive and appropriate financing for planned economic activities, social capital formation, response to climate change impacts, gender issues, social advocacy etc. Instead of following a fixed development model, PKSF encourages practical and effective approaches to poverty reduction and development interventions with adequate flexibility and dynamic changes in varying contexts. It has taken a number of pragmatic programs and projects to address multi-dimensional aspects of poverty with focus on women. 91% of PKSF’s borrowers are women. PKSF effectively contributes to women’s empowerment and their access to assets.

PKSF’s financing programme offers customised services for the target group. PKSF is running the country’s biggest flexible financial programs for the ultra-poor and initiated a specially designed program. This Programmed Initiatives for Monga Eradiation (PRIME) programme contributed immensely in eradicating ‘monga’ from northern Bangladesh. “Monga” is the famine like situation due to severe unemployment during mid-September to mid-November leading to loss of financial entitlement and near-starvation. Recognising the potential of micro-enterprises sector, PKSF launched its microenterprise program in 2001. Now, an entrepreneur can have access to a credit facility up to Tk 10 lakh, equivalent to about US $ 12000 for business activities.

Under the guidance of Dr. Quazi Kholiquzzaman Ahmad, PKSF has undertaken in 2010 a more people-centred holistic programme titled Enhancing Resources and Increasing Capacities of Poor Households towards Elimination of their Poverty (ENRICH): The overarching objective of ENRICH is to help the poor enhance their human dignity by extending necessary services and creating an enabling environment so that they can increase their income, protect themselves from income erosion, improve their human capabilities, raise social standing and expand their choices. ENRICH includes a number of components including health, education, sanitation, nutrition etc. along with training and income generating activities. Sustainable rehabilitations of beggars through capacity building and cash support is an activity under ENRICH which has been applauded by the people at home and abroad. Environmental protection and risk mitigation services have been put to practice for helping the poor in absorbing shocks.

PKSF is committed to break the inter-generational poverty trap. Hence complementary education, primary health care and nutritional education are provided in many PKSF projects and programs such as ENRICH, PRIME and Ujjibito. PKSF’s Disaster Management Fund (DMF) provides the poor families with quick financial assistance to cope with and recover from both man-made and natural disasters. Viable cattle micro-insurance service has been introduced for the poor. In addition, PKSF has implemented community-level climate change adaptation activities to enhance capacity of the poor to increase their resilience to the adverse impacts of climate change. ‘Climate Change and Environment’ Unit has been established to look after climate related issues. PKSF has recently qualified as National Implementing Entity (NIE) under Green Climate Fund (GCF). It has successfully implemented 27 projects financed by the World Bank, Asian Development Bank, IFAD, DFID, EU etc.

PKSF mainstreamed advocacy and knowledge management by setting up a unit named ‘Social Advocacy and Knowledge Dissemination’ in 2013.

This unit is engaged in collecting, preserving and sharing knowledge in different forms, to be used for social and human welfare. PKSF played the key role in the establishment of the Institute of Microfinance (InM) (now known as Institute for Inclusive Finance and Development) to contribute to the capacity building of the microfinance and rural development sector of the country. It has a research division that aims at designing need-based financial services, conducting in-house action research and collaborating with other institutions. PKSF has started awarding educational scholarships to the meritorious children of the ultra-poor families. It has formed a ‘Special Fund’ and ‘Program Support Fund (PSF)‘ from its own resources to help the poor in case of extreme necessities.

In view of the organisational development of Partner Organisations, PKSF is always cited as one of the most successful apex financing organisation. It brings more than 40 million poor under the network of MFIs. It has received most of its funds from the GoB and some project assistance from the IDA/World Bank, the USAID, the Asian Development Bank (ADB), Department for International Development (DFID), European Union (EU), International Fund for Agricultural Development (IFAD), the Kuwait Goodwill Fund (KGF) etc. PKSF is one of the few organisations which is regularly meeting its Debt Service Liability (DSL).

In conclusion, PKSF works to expand the horizon of access to finance and promote non-financial services so that marginal people can move out of poverty trap. Many development partners have shown their keen interest to work with PKSF. World Bank-financed Low Cost Housing Project, Water and Sanitation Project, ADB’s Microenterprise Finance Project, DFID’s Pathway to Prosperity for the Extreme Poor (PPEP) Project etc. will significantly contribute towards sustainable poverty alleviation and inclusive development in Bangladesh. Extended financial resources, if placed at the disposal of PKSF, will ensure human-centric development of the disadvantaged people of the country. It has emerged as the viable institution for poverty alleviation, inclusive financing and integrated human-centric development.

The writer is the Managing Director, PKSF. Email: [email protected]