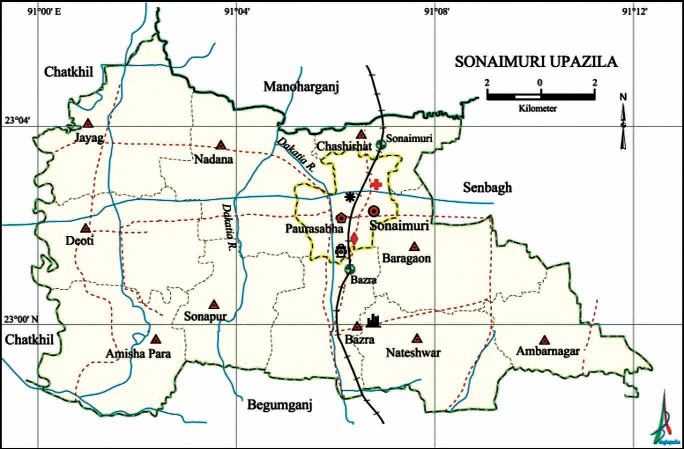 History of the War of Liberation: Sonaimuri upazila was under Sector 2 during the war of liberation. On 21 April, two encounters were held between the freedom fighters and the Pak army, one at a place near the outer signal of’ Sonaimuri railway station and the other at Bagadia in which about 20 Pak soldiers were killed and so were two freedom fighters. This upazila was liberated on 7 December.

Marks of the War of Liberation: Memorial monument 1 (Sonaimuri).