Myanmar Genocide and Trial of Perpetrators 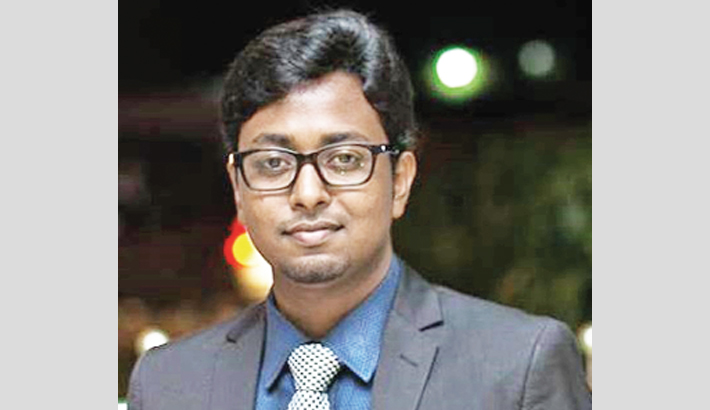 The Myanmar army and other security forces are brutally persecuting the Rohingyas by killing, raping women, plundering and setting fire on their houses under the guise of maintaining “national security”. Many scholars, politicians, and even the prosecutors of the International Crimes Tribunals, Bangladesh (ICT,BD) indicated that the persecutions committed against the Rohingyas in Myanmar amount to the crime of genocide. Almost all of them urged for bringing the responsible individuals of Myanmar under trial in the International Criminal Court (ICC) that sits in The Hague, the Netherlands.

The ICT,BD Prosecutor, Barrister Tureen Afroz, precisely demarcated the potential ways of bringing the Myanmar perpetrators under trial in the ICC in her write-up titled, ‘Gonohottakari Myanmar Rashtroti Bicharer Mukhomukhi Hok’, published in the Bdnews24.com on 17 September 2017. The present writer would endeavour to find out as to whether there exist the elements of “genocide” spelled out in the 1998 ICC Statute referring to the relevant judicial precedents. It would conclusively lead to a conclusion as regards the potentiality of the trial of the alleged Rohingya genocide in the ICC.

The 1998 ICC Statute defined “genocide” denoting the same as a punishable offence. Article 6 of this Statute reads, ‘[f]or the purpose of this Statute, “genocide” means any of the following acts committed with intent to destroy, in whole or in part, a national, ethnical, racial or religious group, as such: (a) killing members of the group; (b) causing serious bodily or mental harm to members of the group; (c) deliberately inflicting on the group conditions of life calculated to bring about its physical destruction in whole or in part; (d) imposing measures intended to prevent births within the group; (e) forcibly transferring children of the group to another group.’

Under the purview of this provision, the definition of genocide can be characterised by two constitutive elements namely: (i) the actus reus of the concerned crime; and (ii) the mens rea of the crime that is specifically “intent to destroy” wholly or partly an indelible group i.e. national, ethnical, racial or religious group. Thus, the first question is ‘do the Rohingyas belong to an indelible group?’

As of 15 December 2016, an estimated one million Rohingyas lived in Myanmar, the Buddhist-majority nation of 50 million people, who are known as the indigenous people to the Burmese State of Rakhine (Ref: Report of the International Crisis Group, ‘Myanmar: A New Muslim Insurgency in Rakhine State’, 15 December 2016). They purportedly trace their origin to Arabs, Bangalees, Moors, Mughals, Persians, Pathans and Turks. Most of the Rohingya people practice Islam as their religion albeit there are a few Rohingya language speaking Baruas and Hindus. They speak Rohingya, an Indo-European language nearly linked with the Chittagonian language, and have common cultural trials.

As far as “ethnic group” is concerned, the International Criminal Tribunal for Rwanda (ICTR) defined ethnic in the cases of Akayesu (1998), Kayishema and Ruzinadana (1990), and Nahimana (2003) as a group whose member shares a common bond, common language and culture. In other words, an ethnic group is generally understood as one whose members share a “common language and culture” and a group identified by others including the perpetrators of the alleged crimes. Hence, in view of the use of common language and share of common culture, it is categorically contemplated that the Rohingya population primarily belong to the “ethnic group” for their distinctive culture and language, and substantially to the “religious group” which is Islam.

Concerning killings of the Muslim Rohingyas, proving that the perpetrator intentionally killed one or more members of a particular group is a must. At present, it is evident that the Myanmar military forces have been committing mass gang-rape of women; killings of men, women, babies and young children; brutal beatings, disappearances and other serious human rights violations against the Rohingyas in the northern Rakhine State to a greater magnitude. Hence, it can certainly be depicted that the “killing” element is present in the first place to cause genocide against the Rohingyas by the Myanmar army.As regards “causing serious bodily or mental harm” to the Muslim Rohingyas, the incidents of rape of Rohingya women, among others, can be taken into account. It has been settled that the “serious bodily” or “mental harm” may include the acts of torture, inhuman or degrading treatment, sexual violence comprising rape, interrogations combined with beatings, threats of death, forcible transfer, deportation etc. Thus, the happenings of rape of Rohingya women; torture, inhuman or degrading treatment against them; forcible transfer and deportation to another country altogether cause both “physical and mental harm” to the members of the Rohingyas which would ultimately lead to the destruction of the group.


Final element of actus reus is “deliberate inflictions of the conditions of life” of the Rohingyas to destroy the group. From the legal point of view, concerning the above-mentioned circumstances, it can be argued that the Myanmar army deliberately inflicted the conditions of life to destroy the group. The Myanmar army, police and the civilian mobs burned hundreds of Rohingya houses, schools, markets, shops, madrasas and mosques at different times. They also confiscated the livestock and ruined the foods as well as the sources of foods containing paddy fields. Therefore, the destruction of the properties of the Rohingyas which are necessary to meet their basic requirements leads to conclude that the said element of genocide committed against the Rohingyas in Myanmar is present.

Now, it is important to find out vis-à-vis ‘are the elements of “mens rea” of genocide committed against the Rohingyas present in Myanmar?’ As regards the mens rea of genocide, two elements have to be satisfied as discussed below i.e. whether the perpetrator intended to destroy any of the protected group(s) wholly or partly; and whether the conducts are being committed in the context of a manifest pattern of similar conduct directed against that group.

Insofar as the intention of the Myanmar military is concerned, the military indicated the operations as “area clearance operations” with the purpose of substantially destroying the Muslim “religious group” as well as Rohingya “ethnic group” of Myanmar in the name of upholding “national security (!)”.

Regarding the requirement of “manifest pattern of similar conduct”, the military attacks follow a continuing pattern of violations and abuses, systemic discrimination; and various policies of exclusion and marginalisation executed against the Rohingyas for decades in the northern Rakhine State. Hence, it is also irrefutable that the Myanmar military have been committing the crimes against the Rohingyas following a manifest pattern of similar conducts.

From the viewpoints of the 1998 ICC Statute, this write-up concludes that the persecutions committed against the Rohingyas certainly amount to “genocide”. In this situation, it would be much-admired if any one of the United Nations (UN) agencies e.g. the UN General Assembly, the UN Security Council, the UN Human Rights Council, and the UN Secretary General forms a “Committee of Inquiry” through resolution to investigate such crimes.

In respect to the question of the trials of the perpetrators in the ICC, there are 4 distinct means under the ambit of the 1998 ICC Statute. Firstly, Myanmar itself can accept the exercise of jurisdiction of the ICC by lodging a declaration with the Registrar under Article 12(3) of the 1998 ICC Statute as regards the crime of genocide since it is not a State Party to this Statute. However, this possibility is quite unlikely to materialise because Myanmar is itself committing genocide.

Secondly, under the purview of Article 13, any State Party of the 1998 ICC Statute can refer the matter to the ICC Prosecutor to bring the perpetrators under trial. Thirdly, the ICC can exercise jurisdiction if the UN Security Council passes a resolution and refers the matter to the same under the said provision of the Statute. Nevertheless, the later one is possible depending on a positive vote by nine of the fifteen Members of the UN Security Council.  Finally, even though it is rare to happen, the Prosecution team of the ICC can initiate an investigation proprio motu under Article 15 of the ICC Statute in respect of genocide in Myanmar.

The international community should not forget that no crime should go unpunished, no matter where or by whom those are committed. If it is the issue of genocide which is regarded as the “crime of crimes”, speedy and fair justice should be made to deter the whole world not to commit this heinous crime.

The writer is working as a Lecturer at the Department of Law, East West University. He is also a researcher of International Criminal Law and Justice