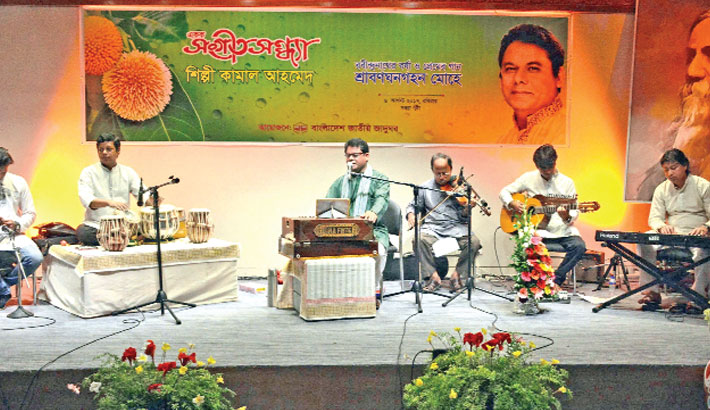 The artiste performed total seventeen songs on the occasion.

The Singer highlighted time of song creation, Tagore’s age, socio Cultural Context, beat and Rhythm of each song on the eve of his performance Howover, the auditorium was over crowded and many of the audience were bound to listen the Musical event just standing on foot.

Kamal Ahmed performed half of the songs of musical evening which were requested by the audience. The appeal of each song to the audience was certainly enjoyable as per as the devotion to rain, love, affair and affection.

Singer Kamal Ahmed has a long career of Musical performance both on home and abroad, He performed our nearest country India several times from 1989 to present. However he was invited at Bangladesh High Commission Sri Lanka in the year of 2011 where he performed on high commission Hall Room on March 26 and 27.