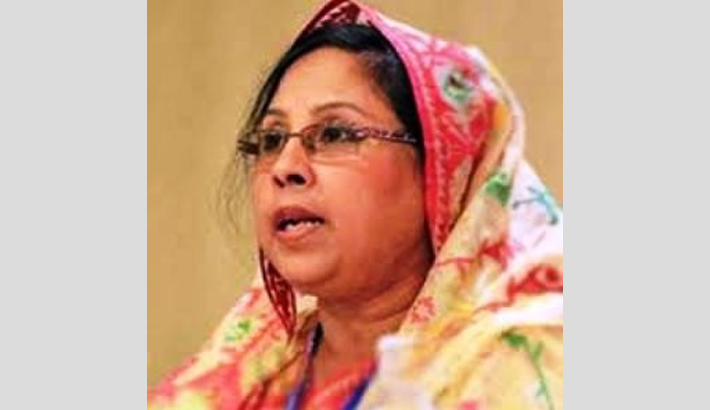 State Minister for Women and Children Affairs Meher Afroze Chumki on Wednesday underscored the need for raising awareness to address the challenges like child marriage, poverty and education for the development of women and children in the country in an inclusive way, reports UNB.

“We have some challenges, including child marriage, in our country. We also have poverty problem which couldn’t be fully eradicated although the poverty rate is declining day by day,” she said.

The minister came up with the remarks while inaugurating a national workshop on “Inclusive Social Protection Programme for the Poor” in the city as the chief guest.

‘Suchana: Ending the Cycle of Undernutrition in Bangladesh”, a multisectorial nutrition programme working to prevent choric malnutrition in Sylhet Division, organised the workshop to disseminate a survey report.

“To deal with the problems effectively, people have to be aware of these and for creating awareness among people there is no alternative to education,” the state minister said, adding that the government is working on the issue.

She said the child marriage rate has dropped by 13 percent in 2015-17 which means the government is resolving the problem very quickly.

Laying emphasis on working together with the non-governmental organisations like ‘Save the Children’ to have a better result, Chumki said the Women and Children Affairs Ministry works for the betterment of the women and children and it has also different projects for women empowerment as well as adolescent girls. “Suchana’ programme is also working for the same.”

“Through this kind of projects, we can exchange our experience, views, ideas and thoughts to work in a collaborative way to have a better result,” she said.

The state minister said the government has brought 2 crore people under the social safety net programme and it is helping the people who are deprived of many rights in many ways.