Suicide of a Distressed Woman 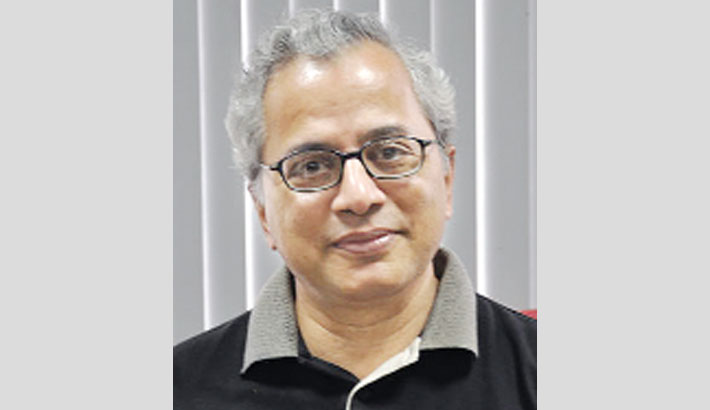 Some deaths are really horrifying. Just the day before yesterday (August 1, 2017) I was terribly shocked to read a news item in a national vernacular about a ramp model who committed suicide while she made her husband watch it on his mobile video. The young woman was an actress-cum-model, and her husband works for a buying house. In the fatal morning on Monday, 31 July, when she was accomplishing her last rite (!) of life, she opened her video option on her cell phone and invited her husband to watch her die live. She followed the traditional way, mostly followed by women in our country, while they commit suicide, which is to strangulate themselves to death.  This woman asked her husband to watch what she was going to do, and then climbed up a chair, wrapped her orna (bandana) around her neck and hanged herself from the ceiling fan. I probably didn’t need to describe the way she died, but I did it keeping in mind that this very process was completed in full view of her husband who was at that time in a nearby city from Dhaka on duty. This exceptionally, imaginative, but perverted way of letting her husband see her die has added a truly shocking dimension to her suicide.  Her husband phoned her relatives but they couldn’t be of any help as she had died before they reached the flat, which is on the seventh floor in a ten-storied residential building in a posh area of Dhaka.

Her last words to her husband were, “Look, what I’m going to do.”

The report further says that she was addicted to yaba, and about four days ago when she responded to a friend’s call to go to a yaba party, her husband tried to desist her, and in the ensuing row she couldn’t possibly be pacified, and out of grudge against the prevention she decided to take her own life. They had a three-and a half-year old daughter, whom she had sent to a relative’s house in order to be alone before she gruesomely murdered herself.

At this point we can’t comment anything on the factors that led the model-cum-actress to commit suicide. Further details will come to light by and by, and this column isn’t actually on her, neither on her death, but her case has presented us with a scope to survey a social malaise on the rise. People are too easily getting killed, or killing themselves. So the rest of the column is discussing her case as not a particular issue, but as a general issue.

Why anyone like her should decide to let her life go? A primary guess is that her addiction to yaba had caused her depression. From the morbid condition she wanted to escape by escaping from life itself. A major confusion that results from driving life into a narrow alley where the options get eliminated and only death seems to be the way out. This is a psychological trauma that prompts many to commit suicide. This also confirms the fact that the use of yaba or such like drugs and narcotics has grown on a wild scale. I often hear that not only members of the younger generations but men and women of elderly age, holding or not holding prestigious positions have become addicted to drugs on an alarming scale. Only psychologists can say with any conviction why people are getting drawn to such negative habits. My layman perception is that there has developed a deceptive kind of affluence in society, which is making people bold on the wrong count. The illusionistic pleasure provided to the drug users has multi-faceted consequences. The positives of drug taking may have been well-noted, but it’s in the long run detrimental to the human body, and more to the mind.

The second reason, I presume, for this woman’s suicide, maybe conjugal unhappiness. Women in general value their married life more than men do. Though this is an undocumented conclusion, I infer that her drug-prone habit might’ve raised her expectations on her husband by many times. If she felt depressed or abandoned, she might’ve found her husband responsible for her undoing. She was grievously piqued, and spurred on by an impulse of revenge she thought she would end her life in front of her husband at a virtual plane, leaving him in no doubt that he was the cause for her death. Or the suicide may have been prompted by the undesirable development of a triangular relationship.

The third factor is the android device that has made life both hilarious and worrisome. Every picture taken can now be at once transferred to one of the digital processes. Every audio conversation can be recorded and shared. And every video clip recorded can be sent to the targeted ID’s in no time. It can be observed that civilisation is a double-edged affair, of which the mobile phone technology is a solid example. This device has shortened the time and reduced the space for communications, and connected the past with the present. Boosted by online networking, sharing of ideas and views, defining strategies and motives, enhancing trade and business have all become globally possible. But at the same time the incremental aspect is also on the rise. Hate messages and videos, audios and GIF’s all – when abused or misused – have created an atmosphere of enmity worldwide. Facebook, the largest social media is both a comfort zone and a discomfort one. This wonderful medium has only been marred by people’s unchecked projection of hatred and lack of love. I’m sure the woman’s story would get viral in no time – a publicity that her relatives and friends would never want.

This negative aspect has something to do with how the woman has planned to finish her life. She enacted a little drama of the direst kind. She was giving up her life, but she wanted it to be viewed by the dearest person of her life. She was directing and acting, directing the process of how to go through to the end of life’s passage, and acting it out in the real sense. By the end it wasn’t a made up drama any more, but a real drama. What her husband had to be made to see was not a playlet on stage, but a real thing taking place in real time. Despite the horror accompanying her death, the enactment of the drama of keeping an eye witness to her death at a virtual level links it with the facilities provided by the digital technology. That is, this idea of the drama wouldn’t have occurred to her if the android smart phone hadn’t been available to her.

I’ve read somewhere that criminality may show greater creativity than normative action does. All my sympathies for the woman apart, I think she has struck upon a novel idea in furnishing an unwilling witness to her death.

Overall, the suicide of a young promising woman further tells us about the general suppressed conditions of women. It can be often noted that a wife with greater talent than her husband becomes the butt of his satirical comments in public. No amount of education has taught us that women have to be respected on equal footing. Women are the natural targets and victims of men’s ego.