No more industries around Sundarbans

Govt to take decision on new infrastructure after environmental assessment 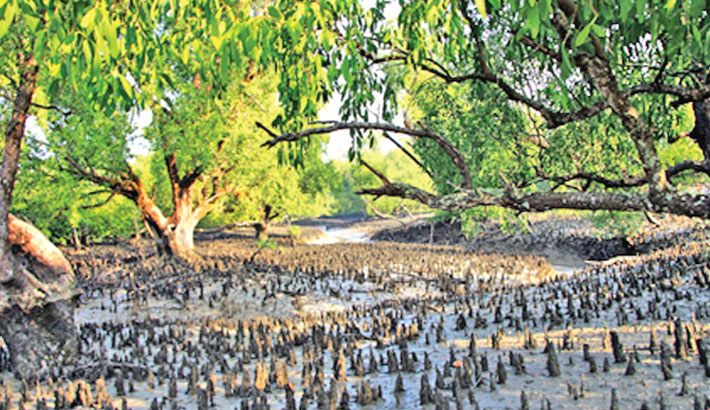 The government will not allow any large-scale industrial and infrastructure developments around the Sundarbans before conducting a  Strategic Environmental Assessment (SEA).

The decision has been taken following a UNESCO request for environmental assessment  during a   meeting with the World Heritage Committee of the UN agency at Krakow in Poland, officials concerned said.

“Government policymakers have already decided to complay with the UNESCO request as we got positive response over the Rampal power project….Its a big achievement for us,” Power Cell Director General Mohammed Hossain told the daily sun.

Mohammed Hossain, who attended the meeting with the World Heritage Committee, said the government will need at least one and a half year to complete the SEA.

During the meeting, the committee welcomed the Bangladesh government‘s decision to carry out SEA for the country’s south-west region, including the property of the Sundarbans.

It also called on the government to ensure that any large-scale industrial and/or infrastructure developments will not be allowed to proceed around the Sundarbans before the SEA is complete.

The UNESCO committee requested the government to submit a copy of the SEA to the World Heritage Centre for review by International Union for Conservation of Nature (IUCN) in accordance with Paragraph 172 of the Operational Guidelines as soon as it is available.

It also lauded Bangladesh government’s decision not to approve Orion power plant and the Phase II of the proposed Rampal power plant near the Sundarbans.

During the meeting, the committee expressed concern over the possible environmental impacts of the Rampal coal-fired power plant on the Sundarbans.

If constructed, the power plant cause  air and water pollution and result in a substantial increase in shipping and dredging, which mayharm the mangrove forest, it said.

The committee also reiterated its request to undertake Environmental Impact Assessment (EIA) for any future dredging of the Passur River inside the Sundarbans.

Prime minister’s power and energy adviser Dr Tawfiq-e-Elahi Chowdhury at a press conference on Sunday said 12 countries, including Turkey and Finland, supported Bangladesh in convincing the UNESCO committee to withdraw its objection to construction of Rampal power plant.

He said the  committee finally withdrew its objection to implementing the Rampal power project before completion of the strategic environmental assessment (SEA).

The much-talked about debate over the Rampal coal-fired power plant has been resolved following the latest stance of the UNESCO, Tawfiq-e-Elahi added.

He also urged the protesting environmentalists to change their mindset over the construction of the Rampal power plant near the world’s largest mangrove forest.

“We will conduct SEA to get long-term strategic plan for constructing industrial units near Rampal power project site,” he told the press meet at Bidyut Bhaban in Dhaka.