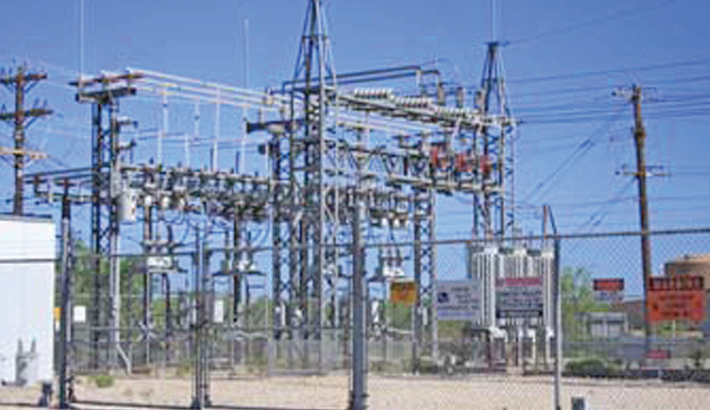 RAJSHAHI: Aminul Islam has almost eradicated his financial hardship and uncertainty as he got a path of regular earning. After getting electricity connection in March last, he embarked on a welding business nearby Jahanabad Bazar, reports BSS.

Earlier, the 30-year-old Aminul, a resident of Purbapara village under Mohanpur upazila in the district, used to work as a day-labourer in other’s welding shop. But, he couldn’t manage his four-member family properly as he faced a lot of troubles with the limited earning.

At present, he earns Taka 12,000 to 15,000 per month. After overcoming the problems, he attained capability of saving some money every day. And it’s the power connection which played the key role in changing his life.

They are now engaged in various income-generation activities like household poultry farming, small business and tailoring contributing to the society. Local office of Rural Electrification Board (REB) along with its Rajshahi Pally Bidyut Samity (RPBS) is giving new power connections to the rural people continuously facilitating them to become self-reliant.

It has been distributing power supply to Paba, Mohanpur, Durgapur, Tanore and Godagari upazilas of the district since 1996 contributing a lot towards improving socioeconomic, living and livelihood condition of the consumers.

Meanwhile, a target has been set to bring all upazila areas of the district under power supply network by June next year as part of the Prime Minister’s 100 percent electrification programme.


“We are pledge-bound to bring all areas of five upazilas in the district that fall in our jurisdiction under power supply network by June next year,” said Engineer Mozammel Haque, general manager of RPBS.

He said 100 percent households in Paba and Durgapur upazilas were already brought under power supply coverage by December last. Mohanpur and Tanore upazilas are scheduled to be brought under the network by this June and December respectively and the rest Godagari upazila by June next year.

The RPBS general manager said power supply is indispensable and there is no alternative to it for elevating the living condition of the people besides accelerating the country’s development.

“That’s why the present government has attached highest priority to the sector and has been implementing massive and effective projects,” he said.

Engineer Haque said since its inception in 1996, RPBS is playing a vital role in agricultural, industrial and socioeconomic development of the district through providing power services. The rural electrification programme being carried out by RPBS has acted a leap-forward in the development of socioeconomic structure of rural areas in the district like other parts of the country, he said.

Meanwhile, there is a significant success of Power Development Board (PDB) in ensuring quality power supply to all people at rational and tolerable price in the region.