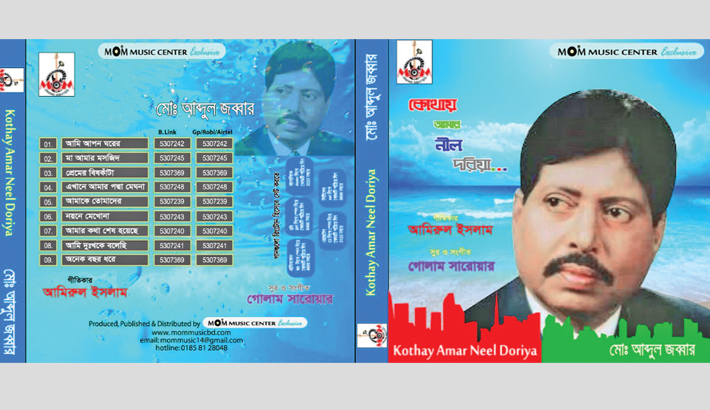 The album has been published by Mom Music Centre in the capital.

Abdul Jabbar says, “This is my first album for which I am highly pleased.”

“The lyrics are unique and peerless. Mother, soil, country, love, detachment, religion, society and other things lie in this album,” he added. The eminent singer hopes that the album will win people’s hearts at home and abroad.

He opines that true music lovers and new artistes will learn much about the versatility of music through the album.

About the album, lyricist Amirul Islam said, “This represents all sorts of passions and feelings. I hope my lyrics will be heart-touching for the audience.”


“Abdul Jabbar is a living legend of Bangla Music. He has vocalised my lyrics. It is a great achievement of my life.”

For this, the lyricist is deeply indebted to the prominent singer.