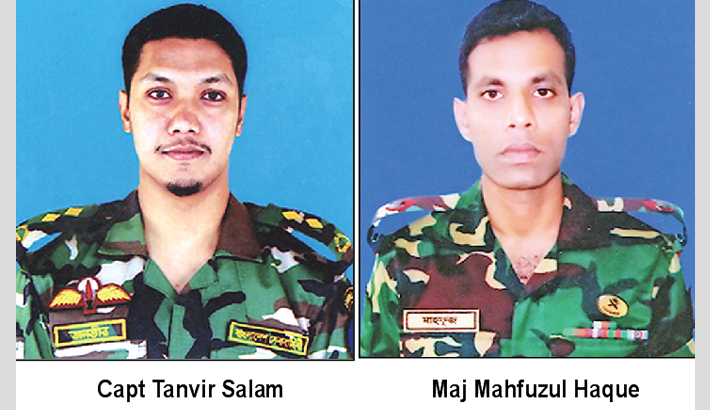 The military on Tuesday said four army personnel including two officers were killed in landslides in Rangamati while searches were underway for a missing one as the mudslide caused by torrential rains claimed dozens of lives in three southeastern districts of Rangamati, Bandarban and Chittagong.

“Two (commissioned) officers - a major and a captain — and two other personnel of ours were killed while one remained missing,” Inter-Services Public Relations (ISPR) Assistant Director Rezaul Karim told BSS.

He said the personnel were virtually buried under tonnes of mud in a fresh landslide as they were sent to remove huge chunks of earth blocking the Chittagong-Rangamati highway. “They died while they were on disaster duty,” he said. Seriously injured five army personnel were taken to Dhaka Combined Military Hospital (CMH) by helicopter, the ISPR release added.

Torrential rains overnight triggered a series of landslides in the southeastern Bangladesh hills killing some 50 as several remained missing under tonnes of rubbles.