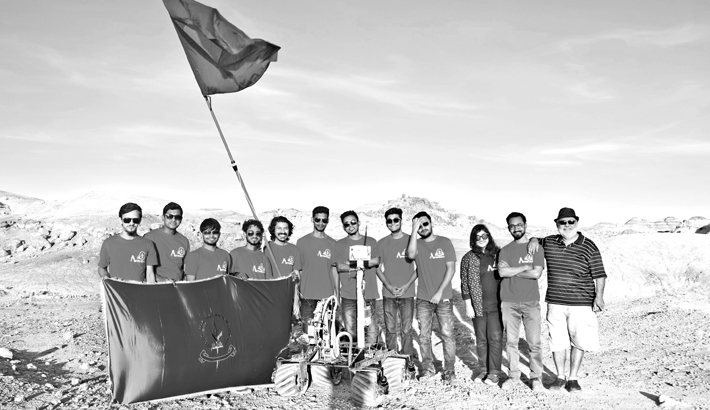 Members of ‘Team Attendant’ of Independent University, Bangladesh (IUB) pose for a photo on the sidelines of the University Rover Challenge-2017 in USA desert recently.

A total of 82 teams from 13 countries took part in the competition, says a press release.

The IUB team also became 1st among all universities participating from Bangladesh and 2nd in whole Asia.

More than 1000 students were involved in URC projects at their local universities during the 2016-17 academic year.

After three days of intense competition under the hot desert sun, Mars Rover Design Team (MRDT) from the Missouri University of Science and Technology of USA secured the 1st position while Częstochowa University of Technology from Poland 2nd place and Brigham Young University (BYU) from USA earned the 3rd position.