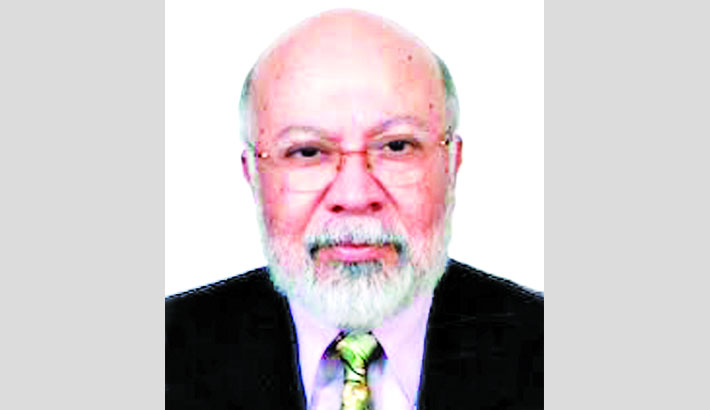 A noted Bangla-deshi diplomat having expertise in South Asian geopolitics has suggested that Dhaka should devise a strategy to realise its due share of Teesta river water from India in a sophisticated way, instead of crying for a deal with Delhi.

In an exclusive interview with the daily sun on Wednesday, Ahmad Tariq Karim said: “I suggest you [Bangladesh people] to stop crying for Teesta water so that [West Bengal chief minister] Mamata Banarjee’s trump value decreases. We’ve to figure out a sophisticated way to resolve it.

Karim, who was Bangladesh’s high commissioner to Delhi from August 2009 until October 2014 and played a seminal role in qualitatively improving the tone, tenor and substance of Bangladesh-India relations, is fully optimistic about the Teesta deal but he thinks the issue needs to be handled aptly and strategically.

In the interview given during his visit to the daily sun office, he shared his views on water, energy and road connectivity.

The diplomat believes Narendra Modi is in far better position than his predecessor Manmohan Singh as the Indian prime minister.

“It’s easier for him to sign Teesta deal… We waited for 60 years. We need to be patient. It will happen. Both [governments] will try to exploit their political benefit,” he added.

Bangladesh considers Teesta water very crucial, especially in the dry season from December to March when water flow comes down to less than 1,000 cusecs from 5,000 cusecs.

Then prime minister Manmohan tried to sign the Teesta deal with Bangladesh during his official Dhaka visit in September 2011 but could not due to Mamata’s opposition.

Bangladesh then expected that the much-awaited deal would be signed during Prime Minister Sheikh Hasina’s Delhi visit in early April, but again Mamata appeared a barrier to it.

Former Bangladesh envoy Karim believes the Teesta deal will be signed if and when heads of two countries think the agreement to be politically appropriate.

“Water is not confined to water only. Rather whole politics evolves round the issue. When Bangladesh and India will be able to maximise advantage, they will do it,” he said.

The diplomat thinks the Indian government can sign the deal bypassing the West Bengal chief minister and that it does not need ratification of the Teesta deal in parliament.

About Bangladesh’s right over water of common rivers, he said river cannot be partitioned but it can be managed. “You cannot simply partition ecology.”

Karim said various states of India are in competition to get river water more than each other. “Even Indian prime minister fails to establish control over river management. Eventually, Indian Supreme Court has come forward to resolve the issue.”

He also spoke on the need for river management, navigability and energy inter-dependency.

The diplomat thinks negotiation strategies, vision of diplomacy and thick skin are key to success in resolving bilateral issues. Before appointed as the high commissioner to India, Karim was in ambassadorial assignments in Washington DC, Pretoria and Tehran. He had served as deputy chief of mission in Beijing and New Delhi, and in different other capacities earlier in Tehran, Bonn, Bangkok and London.

He is currently the advisor to the World Bank for Regional Integration, South Asian Region.