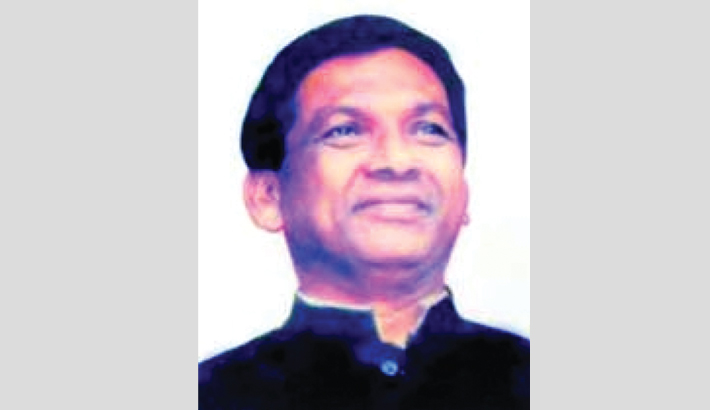 Education enriches the life of humans. In this regard, we might think of contemporary education and self-education. On the other hand, an enlightened person can be made through the basic and applied education. They are like the stars in the horizon. The rounded moon spreads its golden light throughout the nature. And the moon receives its light from the sun. On this, APJ Abdul Kalam Azad said, “if you want to be the sun, then burn yourself like the sun.” And the person who enlightened the family, society and the country with this bright light of sun is Shaheed Ahsan Ullah Master. He was the portrait of an ideal teacher. As he was a freedom fighter, he could uphold the perception of independence in the mindset of students like a perfect artist. He could spread the ideas to make the history of independence known from one generation to another. As a teacher, he thought education and culture are complementary to each other.  Personality of a human is built with the co-existence of these two. When personality grows, his country and society is benefited.

He stepped into the street against the Hamidur Rahman Education Commission in 1962. He strongly believed that education is the fundamental right of all. That’s why he took realistic initiatives so that education easily reaches to all levels of people including lower and middle classes. He inspired the students that the nation can be influenced positively through practicing honesty, morality and humanitarian values. He enlightened the students with patriotism by upholding the fact that national interest is greater than any personal interest or sectarian interest.

In 1970, he successfully achieved his Bachelor Degree under the University of Dhaka and chose teaching as his profession. He played his roles successfully till his death at the Noagaon M A Majid Mia High School as Assistant Headmaster (1977-1984) and as the Headmaster (1984-2004) with his qualification, skills and experience. Because, he knew, a genuine teacher can change a country and a nation. He thought, out of his vision as a teacher, that to keep a nation free from corruption the future generation should be inspired with the values of honesty, morality and real ideology.

As he taught students of these values, he himself followed this in his own life. He marked his simple life wearing the same white Panjabi and pajama like widely known white Panjabi and pajama of Bangabandhu . He considered spiritual relation more important than financial relation. As a result, he gave people without hesitation, but he himself preferred poverty in return. He spent 25 years of his life as a teacher. He was the teacher of teachers. This matter bears a special significance. An example can be cited in this regards, that is, Plato was the disciple of world renowned philosopher Socrates, Aristotle was Plato’s disciple and Aristotle’s disciple was Alexander. The teacher of Shaheed Ahsan Ullah Master was Bangabandhu . He deeply realised that teachers might be philosophers. And conceiving the ideology and vision of Bangabandhu  he was teacher of uncountable number of people.

He was very much aware of realising teachers’ rights. That’s why, he, being elected the President of Tongi Teachers Association, he became a beloved and respected person to all through his contribution. He was the teacher of politics, teacher of politicians. The main subject of his politics was deep love towards the people. Like Bangabandhu  he also believed that politics is for the people, not for the politics. Bengalee Nationalism, democracy, sociology and secularism – his political vision was built on these four fundamental principles. He created many politicians putting his belief on these four fundamental principles.

The statement is very much true and that is, “if you want to be great, you need to become small”. Shaheed Ahsan Ullah Master became an organiser from the position of a worker. Slow and steady he became a Leader from the Organiser perceiving the politics for mass people by heart. He ascended from local to national leader. He was the portrait of an exceptional patriotic leader.

He conceived the vision of doing good to the mass people instead of traditional selfish politics. He believed that whenever honesty, vision and principle in politics do not exist in someone, but politics for power and earning money is reflected in someone, then the real politics loses its universal characteristics due to self-centered politics. As a result, he built his political life based on healthy political and cultural practice.  He was the teacher of politics for the reason that he worked for 18 to 24 hours a day with a view to do good to the people. In turn, he became a legendary political leader. He was able to prove that doing politics for the betterment of root-level people one can become a universal leader.

On the demand of mass people, he participated in the union parishad elections in the years of 1983 to 1988 at Pubail UP of Gazipur district. He won the elections with huge votes. Later in 1990, he was elected in the seat of Gazipur Sadar Upazilla Parishad. He was elected the Member of the Parliament (MP) from Gazipur-2 with huge popularity and genuine love from people in the year 1996. In 2001 election Shaheed Ahsan Ullah Master was elected MP from Gazipur-2 seat.


Moreover, he played the role of Executive President of Jatiyo Sromik League. Earlier he was the general secretary of the same organisation. At the same time, he was the Chairman of Bangladesh Institute of Labour Studies.

Prime Minister Sheikh Hasina brought him in the national politics.

He became the teacher of working people during the political environment in the years of 1983, 1984, 1987, 1988, 1990, 1995 and 1996. He continuously struggled for the establishment of the right for trade union of the working people, materialisation of the agreements signed with the government, professional and health security and stoppage of harassment of workers in abroad.

He was the teacher of the society, democracy, independence and the state. He created social and political movements against drugs, terrorism and toll collection. He struggled up to the last day of his life for keeping the rights of the people and the soil.

Keeping these ideals in his heart and soul, his worthy son Md. Zahid Ahsan Rasel, MP and President of the Parliamentary and Permanent Committee related to the Ministry of Youth and Sports of the Government of Bangladesh is heading forward. This proves that an ideology never dies. The next generation moves forward keeping the ideology upheld. A museum on the eventful life of this Great Person will be established at Gazipur – this is nourished in the hearts of all because he was not created by history, he himself created the history.

The murderers did not kill Shaheed Ahsan Ullah Master, but they killed a future world leader conceived in the perception of liberty and freedom. By whose effort, the ideals and visions of Bangabandhu could be materialised. “Shed your tears, Bengali shed tears”; we should turn our mourning into strength tearing all the networks of conspiracies bathed with our tears. We wait in the hope of that enlightened day.

The writer is a faculty member at Dhaka University of Engineering and Technology, Gazipur