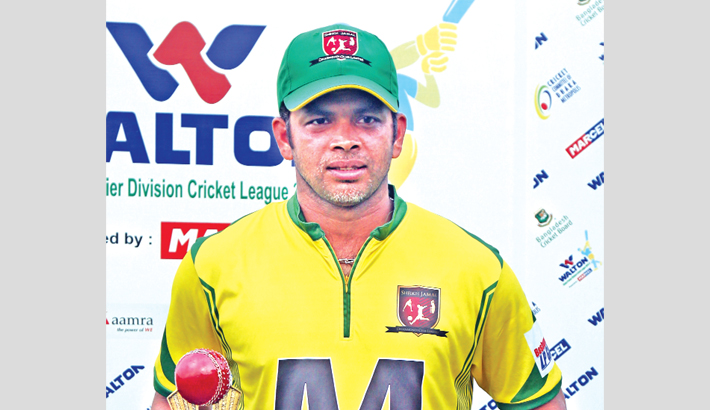 Razzak retired hurt at the start of the 45th over after sustaining the injury while running between the wickets in Sheikh Jamal’s run chase in the seventh round match of the ongoing Dhaka Premier League (DPL) season 2016-17 at Bangladesh Krira Shikkha Prothisthan Ground-4 in Savar.

Batting on 10 to take a risky single, Razzak recklessly dived to save himself from runout but lost his body control and fall before he left the field on a stretcher. He was immediately rushed to Dhaka’s Apollo Hospital by the private helicopter of the President of Sheikh Jamal Dhanmondi Club Safwan Sobhan Tasvir. Safwan Sobhan Tasvir, who is also the Vice-Chairman of Bashundhara Group, was present at that time at BKSP.

According to a club official, Razzak was kept under observation for 24 hours. The veteran suffered a grade one left thigh and right knee injury.

The former Bangladesh’s national spinner, already the tournament’s leading wicket-taker, took his tally to 21 as he finished with 5 for 52, his second five wicket haul of the tournament.