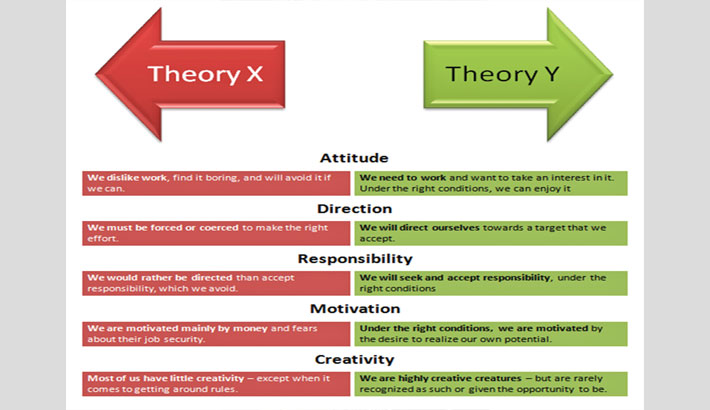 To keep & run an institution on the track, it is a must to praise & reward good performance and simultaneously reprove & punish misdeeds. But underperformance doesn’t mean misdeeds and shouldn’t attract punishment or penalty. There are surely some reasons behind underperformance which the bank needs to take into consideration. Underperformance may be caused by any or combination of the following- (i) inefficiency or ineptness of the banker (ii) lethargy of the banker (iii) lack of attachment and involvement of the banker to the Bank (iv) evasion or delay in discharging duties (v) lesser time & willpower for market & business development due to overloaded duties or too much clerical jobs (vi) mental depression & feeling of deprivation of the banker (vii) improper leadership or logistical support (viii) irrational & unachievable business target (ix) lack of competitive products (x) inappropriate interest management (xi) delayed response to market trend (xii) ignorance of branch recommendation (xiii) inappropriate location of branches (xiv) rise of non-performing loans (NPL) (xv) increase in cost of fund with decrease in interest rate of loan (xvi) under-payment to employees (xvii) partial or misjudgement of performance (xviii) inappropriate job allocation (xix) lack of monitoring, caring & lifting (xx) lack of or delay in recognition, reward & motivation like promotion, increment, bonus, salary revision, etc. But in banks root level bankers are always rebuked & made liable for underperformance and punishment bestows quicker than reward does. Punishment follows every wrong or misdeeds but reward follows no excellence. Threats & penalty remind the banker of doing his job but no sympathy for any mistake and praise is rare for good performance. Michael J. Papa told that “If the organisational goals are to be met, theory X managers rely heavily on threat and coercion to gain their employees’ compliance. The managers think that the employees are totally for money in the organisation and not for anything else. They tend to blame the workers always. The reason of their failures may be something other which they do not want to see.” “In theory X, the management assumes employees are inherently lazy and will avoid work if they can and that they dislike work normally. Due to this, management believes that workers need to be closely supervised and comprehensive systems of controls developed. The management needs to extract work by incentivising, forcing, threatening the employees of being penalised if they don’t work.” Every banker knows what his duty for his bank but yet he needs a little push & pull to forward what parents do for their children, a wife for his husband and overall a leader for his followers- this is what Theory-Y advocates. Sometimes performance demands remuneration, but sometimes it doesn’t rather it exceeds the remuneration. For example, a branch of a private commercial bank was incurring loss for a long time. Finally the winning day came for the branch, i.e., the said branch was going to experience profit for the first time on a month closing day. On that day a security guard was supposed to render his duty till afternoon. But all on a sudden in the evening the Manager noticed that the concerned security guard was still available in the branch. The manager summoned that security guard into the chamber and asked him angrily and with an inquisitive mind, “Why are you in the branch still now?” Security Guard, started shedding tears and said, “Sir, our branch is going to experience profit for the first time after so many days; how I could leave the branch without knowing the profit position!!!” Here the security guard is in bond of love and emotion with the bank. Despite such emotional bond of the employees, many banks are used to designing & making employees bound to execute service bond barring switching or discontinuation of job. But what service bond would a bank design against this security guard? A Bank gets its image & position at the cost of such unpaid attachment and passion of its employees. So no bank should rein its employees’ unpaid love & attachment towards it. Employees don’t want their bank to ‘pay’ for their attachment, passion & love towards it; they just demand an enduring platform to love it unpaid!!!