There are over seven hundred spots of tourist interest in the country. These include nature-driven ones like sea beach, green valleys, forests, archaeological and historical sites, iconic religious places, cultural events and man-made wonders. Thus Bangladesh is a unique tourist destination where one can find the scopes for all kinds of tourist interest as well as investment. 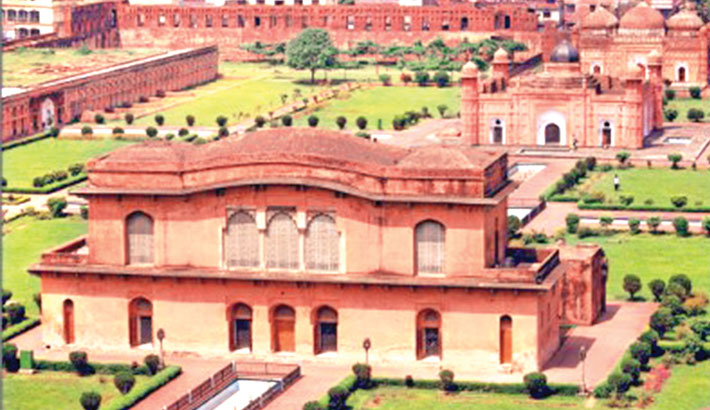 The world’s longest unbroken beach (120 km) of Cox’s Bazar is situated on a clean stretch comprising of miles of sands. With its water sports and towering cliffs, this place has been aptly described as the tourist capital of Bangladesh. Top of the list on any tourist’s wildlife itinerary is a visit to the Sundarbans (world’s single largest mangrove forest- a UNESCO world heritage site) to catch a rare glimpse of the Royal Bengal Tiger, in its natural habitat. Spread over 6000sq. km this riverine delta is criss-crossed by a network of rivers and creeks. Its dense tropical forest play home to a wide variety of flora and fauna and is every game lover’s and anglers ideal heaven. 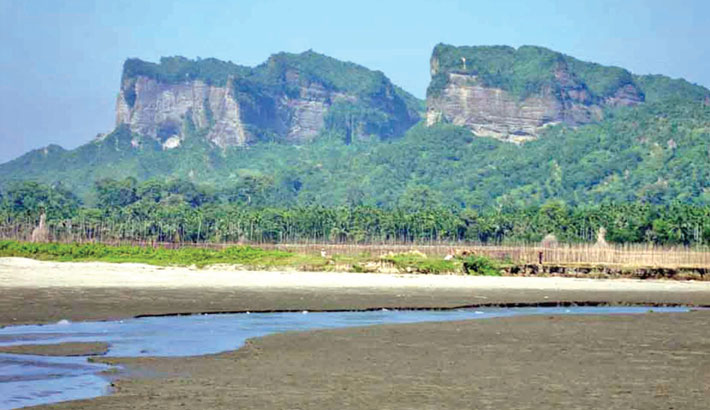 Dhaka, the capital of Bangladesh boasts of having some outstanding ancient monuments. Some of the more popular tourists destinations are Lalbagh Fort, built in 1678 AD. Sonargaon, the seat of Deva dynasty upto the 13th century, Ahsan Manjil, Husseni Dalan (a Shiite monument), the Sat gambuz mosque (seven doomed mosque built in 1680 AD) and the Dhakeshwari Temple. Sonargaon—the ancient capital of this land—is not very far from the present capital. It beholds old palaces. A folklore museum situated in the area showcases the finest handicraft products made in this country. 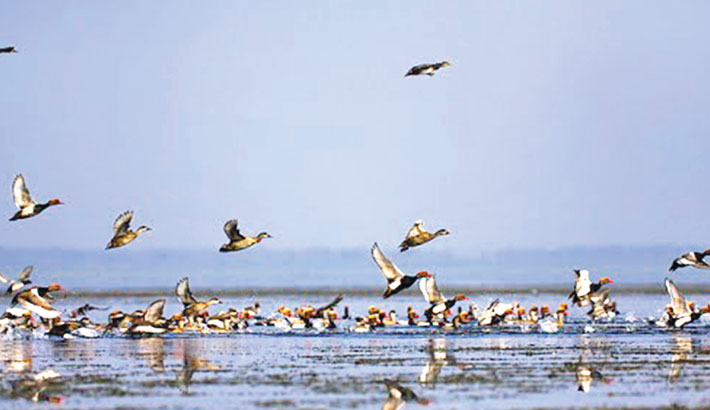 The Hill districts in the south eastern region of the country commands an exotic view of natural beauty. Accessible by road from the port city of Chittagong, it is a tranquil heaven for nature lovers. Green hills and sprawling valleys are often dotted with waterfalls and small lakes. The unique lifestyle of the ethnic people adds value to the romance of this paradise. With no sound and air pollution, these hilly districts can be the finest destinations for those wanting to get away from the time chasing modern urban life and embrace a domain of tranquillity.

Up in the north eastern part of Bangladesh in the region of Sylhet, the sprawling tea gardens offer a panoramic view. It is like a green carpet rolled out for miles and miles. For centuries, these tea gardens have been producing tea. The plucking of tea leaves by thousands of women in the waist-level thick tea bushes itself is a spectacular view. In the midst of the tea garden valleys, natural waterfalls make it more scenic. The Madhabkunda water fall is the most prominent one with tens of thousands of tourists visiting it every year. In the north central part between Sylhet and Mymensingh districts, huge water bodies dominate the landscapes which offer another opportunity for nature adventurers. Known locally as haor, these water bodies turn to safe havens for millions of cold escaping migratory birds coming from as far as Siberia. Tanguar haor situated in the district of Sunamganj is known to be the biggest single water body in Asia.

Bangladesh is often called a land of mosques. It is obvious that with an over eighty per cent of the 140 million people being Muslims, there will be innumerable mosques. However, many of the mosques are ancient and reflect the taste and savoury of the early Muslim preachers and rulers. The 60-domed mosque complex in Bagerhat (a world heritage site) near Khulna is unique with its architectural design. The Atia mosque in Tangail near Dhaka is still vibrant with its archaic designs. The Star mosques in the capital Dhaka show the craze for beautification of holy places. The huge and magnificent national mosque—Baitul Mukarram—in the heart of Dhaka is an imposing architectural beauty.

The people of Bangladesh are hospitable and resilient by nature and they always welcome guests to this land from time immemorial. Hospitality is the legacy for Asian; it is well-known to all that Asian hospitality is not like that of the other parts of the world. Asian hospitality is not mechanised, but emotional with cares. So, where to find that place which is blessed with truly Asian Hospitality? From time immemorial, according to the tourists, it is Bangladesh. Even today the people here shed tears at the departure of their guests from their residences. If Malaysia represents Truly Asia, Bangladesh represents Truly Asian Hospitality.

Investment Opportunities:
To attract foreign investment more and more in the tourism sector of Bangladesh and achieve a consistent success from this industry, Bangladesh has taken some commendable initiatives including creation of tourist accommodation and amusement facilities across the country. Government of Bangladesh has recognised tourism as an industry and framed a new National Tourism Policy in 2010 for the development of domestic and international tourism in the country. The government has also enacted ‘Tourism Protected Area and Exclusive Tourist Zone’ Law in 2010 for attracting foreign investments in these ETZs. Under this law, about 35 thousand acres of lands in different areas of the country have already been declared as tourism protected zones. Among the declared zones about ten thousand acres of lands are in Cox’s Bazar, about nine thousand acres are in Kuakata and the rest amounts are in different tourism potential areas of Bangladesh.

BPC has also taken an initiative to establish an Exclusive Tourist Zone on 1164.8522 acres of land at Sabrung of Teknaf Upzila in Cox’s Bazar district under the Public-Private Partnership (PPP) mode. In this ETZ project, Bangladesh earnestly seeks foreign investment.

Tourism sector being an investment-hungry sector, the investors from across the world may come soon and get the benefit accordingly. A one-stop service will be provided by Ministry of Civil Aviation and Tourism to the prospective investors.

Off late, Bangladesh has witnessed a considerable size of domestic investment in its tourism sector by the private sector in the form of Hotels, Motels, Resorts, Theme Parks, Amusement Parks and Cruise Vessels etc. Some mega tourism projects under the PPP (Public Private Partnership) are also being considered to be implemented soon in the country. This will encourage the foreign direct investment in the tourism sector of Bangladesh.

Bangladesh also possesses other geo-political advantages for foreign investment. Broader connectivity raises the competitiveness of a potential destination. Bangladesh is connected with all major destinations of the world. Many luxurious and low-cost airlines operate their flight in Bangladesh.