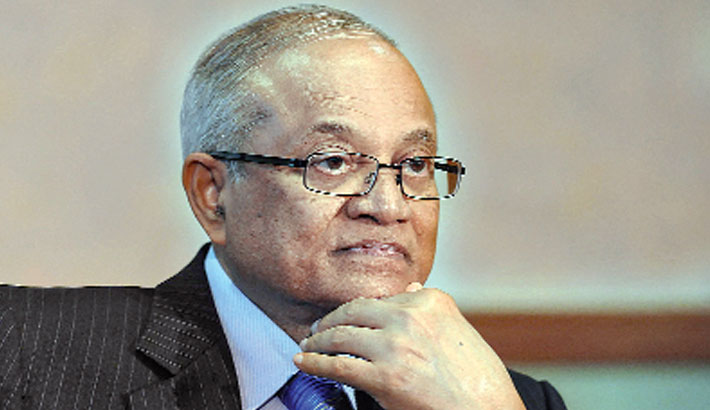 MALÉ: The Maldives’ ruling party has sacked the country’s former strongman president Maumoon Abdul Gayoom as its leader after he led an unsuccessful rebellion against his half-brother, who is now in power, reports AFP.

The decision came late Monday after Gayoom entered a pact over the weekend with exiled opposition leader Mohamed Nasheed and then tried to persuade his supporters to vote against the government in parliament.

National President Abdulla Yameen had recently taken executive control of the party, but his half-brother was its nominal president.

“Gayoom has been accused of sympathising with the opposition,” said a Progressive Party of Maldives (PPM) official who asked not to be named.

“His ideology no longer aligns with that of the PPM,” the official told AFP. Gayoom had urged PPM legislators to vote with the opposition on Monday to impeach the speaker of the house, a move aimed at undermining Yameen’s hold on power before 2018 elections. Nasheed had hoped that the surprise alliance with Gayoom would provide enough parliamentary support to oust the speaker.

Instead there were chaotic scenes in parliament as opposition legislators staged a rowdy protest before losing the vote. Media were not allowed access, but images posted on social media showed several opposition-aligned MPs being physically removed from the house.

“What we saw in Majlis today was a total disgrace” Gayoom tweeted after the vote, referring to the country’s parliament. “The extent of govt’s fear of a free vote. All the reason why we must overhaul the system!”

There was no immediate comment from Gayoom, currently on holiday in neighbouring India, on his sacking from the party.

He ruled the Maldives for three decades before founding the party when the country embraced multi-party democracy in 2008.

Nasheed became the Maldives’ first democratically-elected president in 2008 by defeating Gayoom. But he narrowly lost the 2013 run-off elections to incumbent Yameen.

He now lives in exile in London after he was convicted in 2015 on terrorism charges widely seen as politically motivated.