Mayhem by miscreants at Bashundhara

Some identified militants were active

Capitalising on a trifling matter, organised gangs of miscreants have wreaked mayhem in a planned way at Bashundhara Residential Area.

Side by side, attempts were made to create a restive situation spreading the violence to all private universities in the name of a baseless organisation Private University Students Alliance of Bangladesh (PUSAB). However, their evil design was foiled by timely intervention by the police and RAB.

Since yesterday morning, the miscreants armed with lethal weapons let loose a reign of terror by launching attacks on  banks, commercial establishments and different buildings in the Bashundhara Residential Area. They stormed vehicles of general people spreading panic in the whole area.

When police and RAB tried to prevent the attackers, they also came under attack. At that time, a large group of people with their faces covered by cloths were found widely active. The miscreants tried to incite the general students by delivering speech with the spirit of militancy.

The situation would have been worst had police and RAB not intercepted. 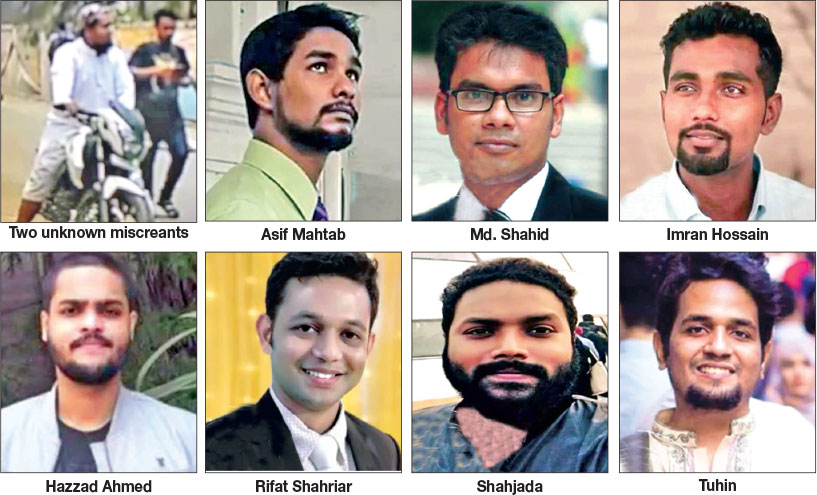 Bashundhara is a peaceful and secure residential area in the city. In the interest of the security of the residents, almost all the entrances of the area are closed just at midnight. When a man named Shahriar Hasnat Tapu tried to enter the Bashundhara area riding on a motorcycle through the Apollo Hospital gate after midnight on Wednesday, he entered into an altercation with the Ansar members engaged in security service. And in the scuffle that ensued Tapu and an Ansar member received minor injuries and were given preliminary treatment in the hospital. About Tapu, on-duty physician Dr Naznin stated “No organ damage, no fracture. What is there for the time being is musculetal pain.”

Eye witnesses said while Tapu and the Ansar member were receiving treatment in the Apollo Hospital, the youths gathered there were talking over mobile phone to different places and spreading rumour that North South University student Tapu was at the deathbed after being hit by a Bashundhara security worker with a rod.  At that time, requests were made on behalf of the PUSAB to the general students to unite and come down to the street. Subsequently, hundreds of students streamed to the residential area. Within a short time, under the guise of students, over a hundred militants swooped on different establishments in the residential area. Carrying rods, hockey sticks and lethal weapons, they entered Corporate Office of Bashundhara Group. The attackers resorted to indiscriminate vandalism there. They went to the second floor and ransacked the furniture.

On receipt of the information, police and RAB rushed to the spot immediately. With maximum restraint, they tried to bring the situation under control. Without firing a single round of bullet or lobbing any teargas shell or resorting to charging baton, the law enforcers inspired the agitating students to return home. But they also became victims of attacks.

At this stage, a police officer and a NSU student spoke to the crowd. The students expressed their regret for their activities and sought apology.

But the propaganda continued in the facebook. General students were urged to gather in NSU area in the morning. At the midnight, they held a video conference. One of those was Shahjada who was previously involved in banned militant outfit Hizb-ut-Towhit.

Sources confirmed that the militants undercover as NSU students tried to create deadly mayhem capitalising the sentiment of general students.

Most of the top militants arrested during the last three years were from the North South University. Many of those, who launched militant attack on Holey Artisan cafe in Gulshan, were former and current students of NSU. They were involved in blogger murder also. Some former students of the NSU, expelled from the university for militant activities, also participated in the Bashundhara mayhem wearing masks.

The miscreants embarked on the attempt to vandalism at 10:00am on Thursday, but they failed to involve the general students in their heinous activities. 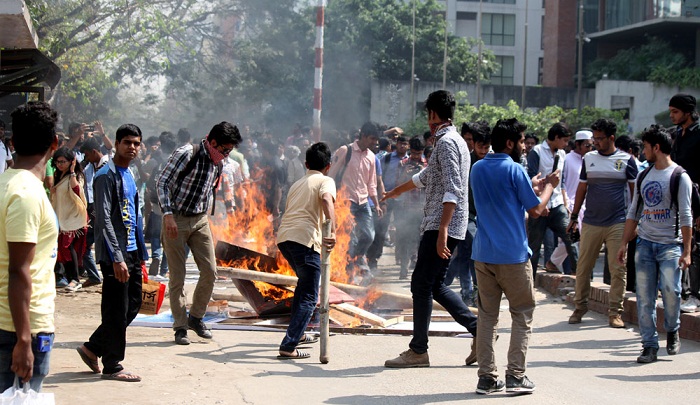 Alternative currencies to be challenging for Bangladesh