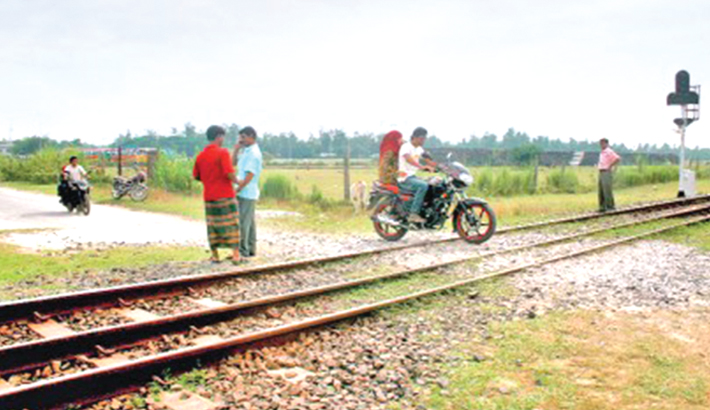 Five people, including four of a family, were killed as a Kolkata-bound Moitree Express train rammed into a car at an unmanned level crossing at Nayanagar under Kaliakoir upazila in Gazipur on January 8.  The incident occurred when the driver of the car that was carrying them tried to cross the railway track.

Many such incidents occurred on previous occasions killing a large number of people. Many also suffered injuries during the incidents. The unmanned level crossings are emerging as death traps, posing a threat to the lives of people.

As the railway authorities are responsible to look after rail crossings, it is their responsibility to close down the unmanned railway crossings by constructing road-over- bridges. Drivers should also take extra caution while driving their vehicles through unmanned level crossings.

As per railway rules, the train drivers are supposed to blow horns at least 600 metres before unmanned level crossings, but the rule is not properly adhered to by the drivers, locals pointed out.

It is high time to take measures on emergency basis in this regard.