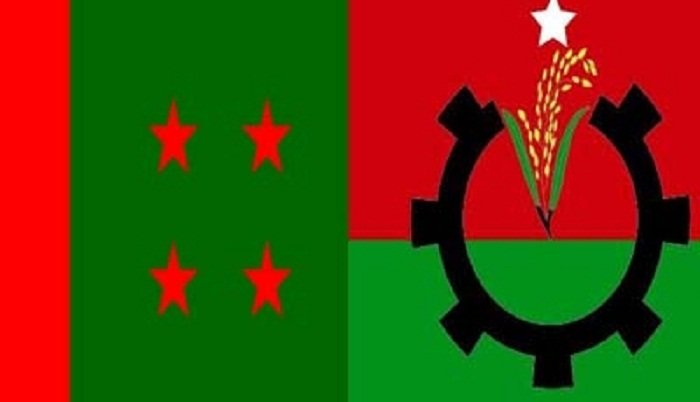 Despite their hectic efforts, both Awami League and BNP have failed to convince 50 percent rebel mayoral candidates to back off from December-30 election race as the deadline for the withdrawal of candidature expired on Sunday.

According to reports reaching the UNB desk from across the country, some 100 mayoral candidates quit the race by withdrawing their nomination papers.

But, 50 Awami League rebel contestants in 48 municipalities did not respond to their central leaders’ request to retreat from the election race.

With the latest development, BNP is now relatively in a batter position compared to its arch rival Awami League as the party now has got 26 dissident candidates in 24 municipalities.

As its persuasion drive largely failed, Awami League, meanwhile, suspended its rebel men for not withdrawing their candidatures.

He said they will take the final decision about the rebel candidates in Awami League’s central working committee meeting.

Contacted, BNP joint secretary general Mohammad Shahjahan who was given the authority to nominate the party’s mayoral candidates said 20 of their rebel candidates finally did not withdraw their nominations.

Asked what decision now they will take about them, the BNP leader said, “We’ll still be trying to convince them to become inactive and work for our party candidates. Our senior leaders will also continue their efforts to persuade them. Hope, we’ll be able to convince many of them as they love the party.”

Replying to another question whether they will finally take any action against those who will remain in the race ignoring their further requests, he said they will surely at one stage take action if any one does not comply with the party’s decision.

Earlier on Saturday night, BNP chief Khaleda Zia at a meeting with her party’s senior leaders directed them to make their all efforts manage the rebel party candidates to ensure victory of the party candidates.

“If any one remains in the race, make him/her inactive by convincing them to ensure the victory of party candidate,” a BNP vice chairman who was present at the meeting quoted Khaleda as saying.