No dialogue with BNP, says Ershad 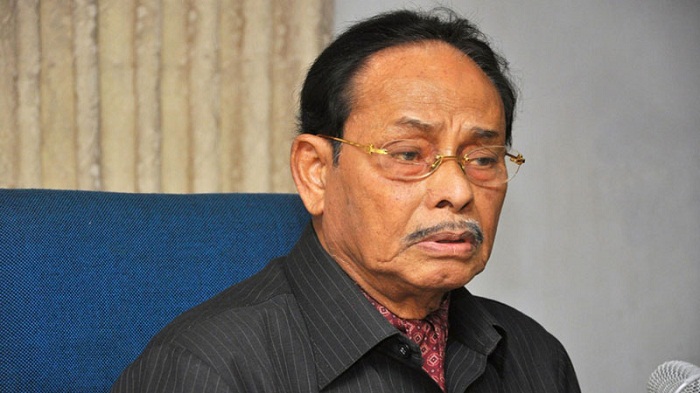 Former president and Jatiya Party chairman HM Ershad on Thursday said there will be no dialogue with BNP though it is now begging for talks.

“I’d earlier written to all the leaders (Hasina, Khaleda) to engage in talks as democracy can’t exist without dialogue. But, BNP didn’t respond to it. Now they’re begging for talks. Now no one will give them alms. Dialogue will never be held. I won’t ever engage with them in talks,” he said.

Ershad, also the Prime Minister’s Special Envoy, came up with the remarks while addressing a biennial council of his party’s Comilla north unit at Chandina, UNB reports.

The Jatiya Party chief alleged that the country is now under the grip of one-party rule as democracy is now in grave. “During my rule, I had made judges considering their competence and merits irrespective of their political identity. I didn’t interfere in the Judiciary and the Election Commission. But, now what’s going on. Where is democracy?

Referring to recent killings, he said the entire country has now turned into a death valley. “No one is safe now. Crimes have marked a sharp rise for lack of the rule of law.”

He bemoaned that now people do not get justice after losing their near and dear ones as they know they will not get justice. “People have no confidence in the current regime.”

Ershad, a former military ruler, said he could have stayed in power by killing people as the movement against him was only in Dhaka. “But I didn’t do it as I have a poetic mind which is sympathetic to people.”