Anushka and Kohli planning to move in together? 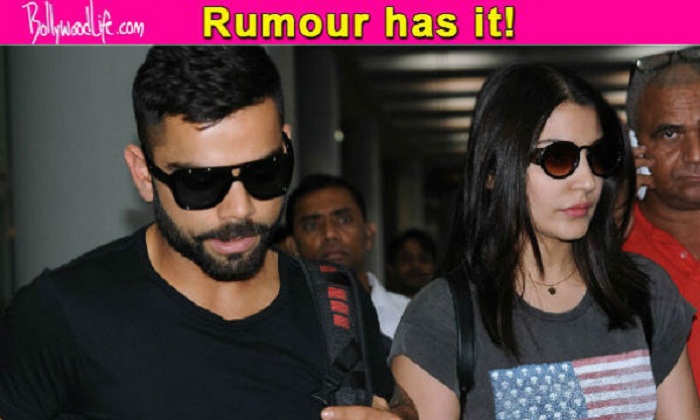 MUMBAI: Love birds Anushka Sharma and Virat Kohli have been together since a while now. Now they are planning to move in together.

The two were recently spotted in Bandra together. Where earlier Anushka and Virat were camera shy, these days the two are open about their relationship in front of the media.

Marriage might not be on this couple’s cards right now, but are they willing to take the next step by moving in together?

Well that’s what the rumours suggest! An entertainment portal recently reported that the two were spotted house hunting in Worli recently. If the latest reports are to be believed, Anushka and Virat liked the place, and if all goes according to the plan, the couple might just purchase a house in Worli! Wow isn’t that exciting?

The portal reported that after having a good look at the place, Anushka and Virat darted, and fans were’t given a chance to approach the couple for any autographs or pictures.

If these rumours are at all true, then we are very happy for this couple! Anushka and Virat will join the ‘living in together’ club which already consists of Katrina Kaif and Ranbir Kapoor, who are currently put up at a place in Bandra.

Will we soon get to hear the news about Anushka and Virat living together? Well hopefully, yes!