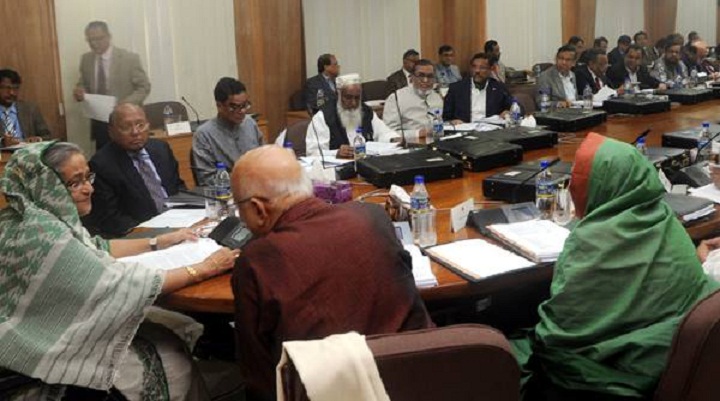 The Cabinet on Monday approved drafts seeking amendments to four laws and one ordinance, aiming to hold local government polls on partisan basis or through party symbol or independently, reports UNB.

The decision, subject to the vetting of the Law Ministry, was taken at the regular weekly meeting of the Cabinet held at Bangladesh Secretariat with Prime Minister Sheikh Hasina in the chair.

With such proposed amendments to the laws, the nominated candidates of different political parties registered with the Election Commission or independent candidates will be able to take part in local government body polls, said Cabinet Secretary M Musharraf Hossain Bhuiyan while briefing reporters after the meeting.

The Cabinet Secretary said the day's meeting, however, decided to frame the draft of the 'Local Government (Pourashava) (amendment), Bill, 2015' as an ordinance since parliament is not in session now while the next countywide Pourashava elections would be held by December next.