Abhishek does fool around but he’s also extremely intense: Aishwarya 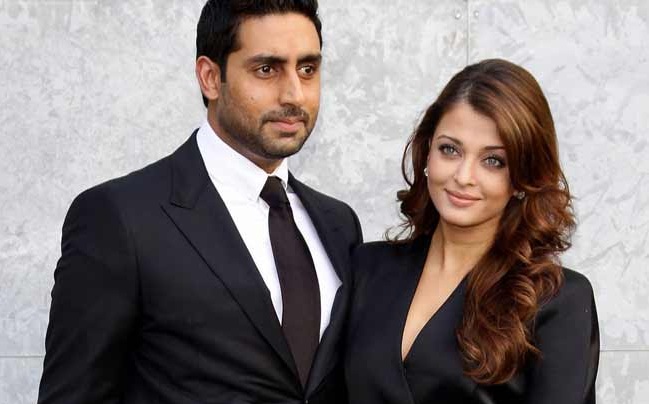 Aishwarya Rai Bachchan, 41, is very unlike what I had imagined her to be. I have to say that meeting her, I fell in love with her.

Well, just before you may get me wrong, it's not in the way the men in the world do, but I loved the human being she is. Yes, she is a thinking woman, but she is also extremely simple and clear. She is emotional, deeply sensitive and very affectionate, but as against my expectation of her being diplomatic, I found her to be extremely communicative and honest. Yes she is extremely glamourous but behind that glamourous 'Miss World' that we see every year make an appearance on the red carpet at Cannes, the real Aishwarya is actually quite real and simple, both in the way she conducts her life and how she chooses to be dressed. She is emotionally strong and while she knows that her parents are her rock solid emotional support, she largely depends on herself for her emotional anchorage. Her husband Abhishek Bachchan seems to be her best friend and Aaradhya, her everything. Excerpts from a conversation with her, just ahead of her upcoming thriller Jazbaa that releases tomorrow.

For a star as big as you, it must have been a big decision to have taken a break of a few years to be a mother.

No. That comes naturally to me. Time has just flown by me. I have genuinely been blissed out taking care of Aaradhya. But I kept meeting filmmakers all through these years of being with her.

Who takes care of Aaradhya while you are working?

He's a really nice guy. The honest truth is that we have always found a beautiful friendship that we share. And that's what converted into marriage and it's only grown deeper and deeper with each passing day. What's wonderful is that we are growing with each other. We share a lot. I communicate a lot and believe immensely in it and he says that he does that most with me. He is a very real guy. And I am a very real person. We are both very connected to our reality and to ourselves. I have always called myself a child-woman as everyone saw that giggler in me and all that does exist and yes, Abhishek does fool around but he is also extremely intense. That's the facet people see in him for intense roles. He is deep, ahead of his time and he is a boy. He enjoys evoking that emotion of everybody towards him. And that's fine. He is always under so much scrutiny and pressure. He was born to that. It's his reality and it's not going to leave him. He knows it, has embraced it and will continue to figure out embracing it. But he's in a good place as he recognises it. That's also the connect we always had as I came with my own set of pressures too, as there was so much expectation attached.

Going back to the start of your career, how did you come into films?

While I was born in Mangalore, I lived my entire life in Mumbai. I went to Arya Vidya Mandir (Santacruz) and then to junior college at Jai Hind and Ruparel College. While I wanted to do my medicine and all my best friends are doctors, last minute I switched to architecture as I thought I was also artistically inclined. One of my professors in college who had cancer was also a photojournalist, so she requested me to do a photoshoot for her. I actually did it just for her, given her situation but the professionals who were there on set saw me and word spread like wildfire and the whole business was constantly asking me to join it. Having lived in Bandra, everyone was around there so there were so many people after me and they all thought that I was meant to come here. I participated in Miss India in 1994 and then took a break for a year to go to 'Miss World'. By this time, top filmmakers had started talking to me, including Yash Chopraji and Shekhar Kapur. Shekhar told me, 'Look, I have also done my chartered accountancy and I know what you are thinking, but this is going to be your reality. Complete your degree if this is what you think is the natural course of your life, but this is where you will be.' Instinctively, I just felt that life was going to change just like I had felt when I first modelled. It's not that oh I am going to make it, but it was just that life was going to change. So, I just went with the flow. I became 'Miss World' and I was out of my course for a year. When I returned to college for felicitation, I realised that it would never ever be the same again for me. I could not have remained a normal student anymore. I had already done my first commercial with Aamir Khan and the energy around me had been very strong for a while. Mani Ratnam was one of the filmmakers who always drove me nuts. I had many offers to do top Bollywood films, so I didn't choose a Tamil film as I didn't have work, but I wanted to work with Mani Ratnam and signed my first film Iruvar in Tamil. And I will always be proud that that was my first film. A lot of the choices I made would flummox a lot of people as they were against the natural choices of the secure box office projects, but those films always find the first mention in any interactions, creatively, on our turf, beyond our shores, at airports and with audiences. So be it Rajiv Menon's Kandukondain Kandukondain, Ritu Da's (Rituparno Ghosh) Chokher Bali and Raincoat, Sanjay Leela Bhansali's Hum Dil De Chuke Sanam or Subhash Ghai's Taal, I am very proud of all of them.

I have a very realistic family. I have always sat down without any rebellion or fight and talked out everything with them about each of my decisions. They have never handled my career or had any meetings for me. I always did that myself as in my head, this was my career. I was a working woman and that's how I approached it right from the beginning. I would be sitting across the table and do my contractual jargon very seriously myself. My parents are not the kind who will be spoiling you and over engulfing you with compliments. They are very normal. You go to an awards function, get your awards and it's back to normal life. There is no sitting around and going on and on about the moment. There is a wonderful normal atmosphere at home. While my mom had never said that to me but my mausis have told me that mum appreciates the daughter I am. She won't gush to me but I am a very connected daughter. I like to behave like the eldest daughter and I thank my brother and my parents for it. He is three years older to me and he not only looks younger, he also behaves younger. I will behave elder than my father, mother, my brother and they have allowed for it. And I know that it has to be their love and indulgence that they have allowed me to behave like the eldest in the family. I know that my mother likes the fact that I have just remained myself.

Sanjay Leela Bhansali always tells me, 'I love you and I can't bear you'. And I always tell him can you please make up your mind as that is the most nasty and yet the most wonderful thing to say. With my mum too, she loves the fact that I am all there and I will share everything with her, be taking care of her and all of that. But while she has never said to me, I know she knows that I have an opinion about everything, be it her health or taking her to doctors or whatever.

Do you consider yourself opinionated?

I say that as I can recognise another person attributing that to me. I am free with my thoughts and that's why I travel light and naturally share my thoughts and my views. I find that creatively very liberating. You may be perceived as a person who is diplomatic and politically correct but in reality, you are just polite but extremely honest. I have an opinion and will share it but am not brash and rude. Several years ago, it seemed ahead of its time and people would wonder why don't you slip up. But I just didn't want to be rude. You don't have to be brash and rude to be cool. I am a very secure person. My confidence too comes from my security.

For latest Bollywood updates, follow us on G+ >>> The Times of India Entertainment

You got married while you were shooting for Jodhaa Akbar.

Yes, that was a big decision. Abhishek and I had known each other for long but we had been dating officially for a year before our marriage. From the time we got together, the energy around us was full on and we both knew that this was for life. While personally I was on top of the world and elated and completely invested in that reality, it was all too sudden. Within three months, there was a roka and we were getting married and it was out there in the stratosphere. I know what it takes to plan a big production and have that immense sense of responsibility as a professional. We got married in April and I still had to finish these huge scenes in Karjat where this big set had been put up. The monsoons were also coming up in June. Ashu (Ashutosh Gowariker) and me have been the dearest friends since, not because he said of course everything is okay, but he rescheduled everything for me. Hard work has been the story of my life. I remember I would be driving every day from Karjat back to Mumbai, would first go to meet dadima (Abhishek's grandmother) who was at Lilavati Hospital, then go to Juhu. Figure out what's happening and then go back to my place in Bandra as I was still bridging the gap between Abhishek and my side of the family. Being in the business, you understand a big production which our marriage was even in our intimacy. I would then come back to Bandra and before the crack of dawn, reach back Karjat. I was probably the hardest working pre-bride ever. Suddenly after your marriage and honeymoon, you come back to work and you have shifted to Juhu but you are gradually in the process of shifting as it is all so new. Overnight you are embracing changes and the challenge is to make it look seamless. It's at that time I also did The Pink Panther 2 but I knew that I would phase out the possibility of working overseas even though at that time, I did not say that. I am an open actor and while there have always been enquiries about roles.