Aditi Rao goes from sweet to bold via magazine shoot 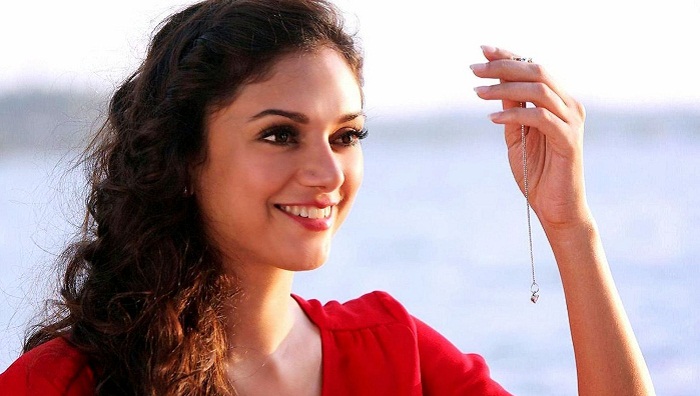 Apparently Aditi Rao Hydari shocked everyone with her mesmerizing bold topless photoshoot she did for the cover of Pernia’s Pop Up Shop’s which is a monthly magazine.

The drop-dead beauty was seen on the cover of the magazine, wearing an elegant embroidered Lehenga coupled up with large earrings. Her gorgeous outfit is designed by Nikhil Thampi and Mohit Rai.

Shortly, the pretty girl was spotted on the cover of another Magazine ‘GQ’ going extremely bold in the lingerie shoot. Aditi has been creating a lot of buzz round the corner, earlier she was the talk of the town on her post she uploaded with ‘Salute Selfie’ on her left hand.

Moreover, after her last appearance in Guddu Rangeela, where was seen playing a mute girl Aditi opposite Amit Sadh. But the Sweet-turned- Bold actress is still bound by her much busy schedule as she has a lot of movies in her kitty. Next she will be seen alongside Farhan Akhtar who has a lead role and Amitabh Bachchan in the forthcoming movie Wazir. Her other upcoming movies are Fitoor and ‘Aur Devdas’.

‘Aur Devdas’ is a remake of the ever-famous-epic ‘Devdas’ with some changes and is believed to be politically dominated. Aditi will be seen playing the character of ‘Chandramukhi’ and Richa Chadda as ‘Paro’. Rahul Bhat along with other will also be seen.

However the pretty girl chooses not to comment or speak about any of her upcoming movies. “I don’t want to talk about my film ‘Wazir’ right now because it has a few months’ time to release,” she said. “When the time will come I will definitely talk about it. I will talk about ‘Wazir’ at the promotions of ‘Wazir.’

When she was asked about ‘Aur Devdas’ the actress was still not willing to reveal anything, instead she said “I can’t tell you anything about the shooting, the release or any other things. The producer will tell you. Thank you.”