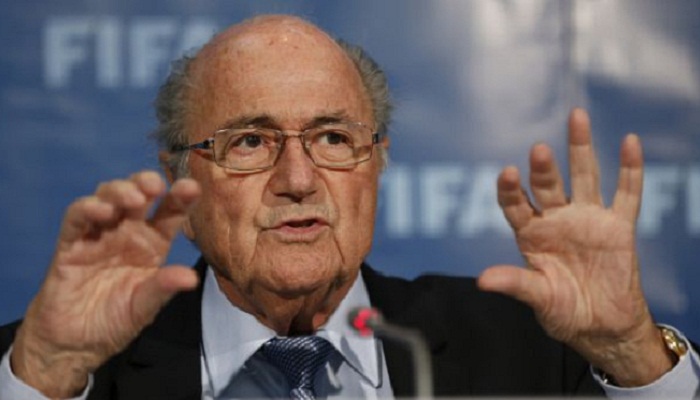 Fifa president Sepp Blatter has been provisionally suspended for 90 days.

He is accused of signing a contract "unfavourable" to football's governing body and making a "disloyal payment" to Uefa president Michel Platini, 60.

Swiss Blatter, who has run Fifa since 1998, and Platini, who wants to succeed him, deny any wrongdoing.

A final decision is likely to be made on Friday by Hans Joachim Eckhert, the head of Fifa's ethics adjudicatory chamber.

No decision has been made on whether to suspend Platini.

On Wednesday, Blatter told a German magazine  that he was being "condemned without there being any evidence for wrongdoing".

The ethics committee had been meeting in Zurich since Monday.

The investigation is centred on allegations believed to be around a 2005 TV rights deal between Fifa and Jack Warner, the former president of Concacaf, the governing body of football in North and Central America and the Caribbean.

It is also examining a payment of two million Swiss francs (£1.35m) that Platini received in 2011 for working for Blatter. He claims it was "valid compensation" for work carried out more than nine years previously.

The Frenchman has provided information to the criminal investigation but said he has done so as a witness.

Swiss prosecutors said he is being treated as "in between a witness and an accused person" as they investigate corruption at world football's governing body.

The latest development came hours after former Fifa vice-president Chung Mong-joon, who is also under investigation by Fifa's ethics committee, told BBC Sport that his campaign to succeed Blatter was being "smeared".

Blatter won a fifth consecutive Fifa presidential election on 29 May but, following claims of corruption, announced his decision to step down on 2 June. He is due to finish his term at a Fifa extraordinary congress on 26 February.