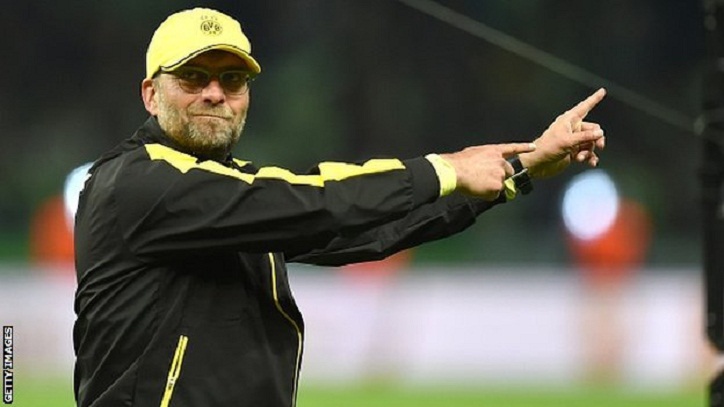 Liverpool hope to appoint Jurgen Klopp to replace sacked manager Brendan Rodgers by the end of the week.

The former Borussia Dortmund coach is favourite to take over from the Northern Irishman, with ex-Chelsea boss Carlo Ancelotti also a contender.

German Klopp, 48, is understood to be open to the idea of a move.

Talks with his representatives are progressing well and the club want a new manager in place to prepare for a visit to Tottenham on 17 October.

In a statement issued by the League Managers' Association on his behalf, Rodgers, 42, said he was "incredibly disappointed" his three-and-a-half-year tenure at Anfield was over.

"It has been both an honour and a privilege to manage one of the game's great clubs," said the Northern Irishman, who was sacked after Sunday's 1-1 Merseyside derby draw at Everton.

"I have worked every day to represent the club to the best of my ability, to develop both individual players and a team that the club's magnificent fans can be proud of.

"There have been some very memorable moments during my time at Liverpool and I would like to thank all of the players for their hard work and commitment."

Rodgers, who said he is in no rush to take another job, added the Reds squad was in transition but was showing a "strong sense of togetherness".

Negotiations will now take place over his severance package, which could cost Liverpool in excess of £5m.

Liverpool's American owners Fenway Sports Group have no plans to travel to the UK and, at this stage, plan to oversee the recruitment process from the United States.

Klopp is understood to have spoken to former Liverpool and Germany midfielder Dietmar Hamann about the club, the city and the fans.

He has been out of work since leaving Dortmund, with whom he won two German Bundesliga titles, in the summer.

He lost the German Cup final to Wolfsburg in his final game and his side struggled domestically throughout the campaign, eventually finishing seventh in 2014-15.