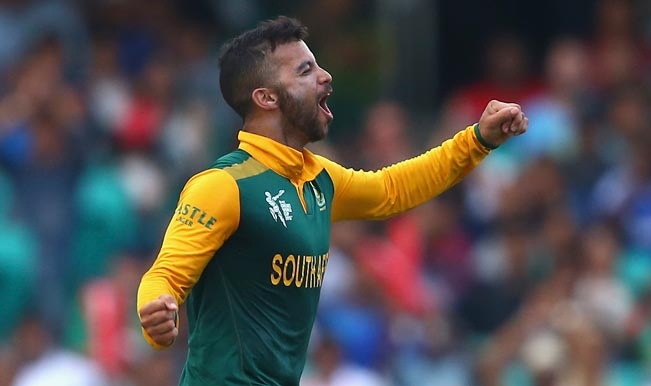 JP Duminy’s unbeaten 68 (32) helped South Africa to win the first T20 against India as the home team never lost a match after posting 180-plus in their first innings. South Africa have done a fabulous job here to chase down this big total. They got off to a flying start as de Villiers and Amla scored quick runs in Powerplay. de Villiers was dismissed as soon as he crossed his fifty and then du Plessis departed in no time.

South Africa were in a spot of bother when they lost de Villiers and du Plessis but since then there was no looking back. JP Duminy and Farhaan Behardien shared an unbeaten 105-run to guide their team home. Duminy in particular was in full flow once he got going. Behardien played a handy knock too as the Indian bowlers couldn't do much due to dew. Ashwin was the pick of the bowlers as he gave away just 26 runs in his four overs and grabbed a big wicket of de Villiers. India can say some umpiring error have cost them but they can't do much about that.

South African skipper Faf du Plessis says it got a little bit wet towards the end and then expected it to be wet. Says it was one of those days for the bowlers to go under the pump. Credits JP Duminy for his experience and playing so well. Mentions Behardien as well for his supporting knock.

Indian captain MS Dhoni says the total was close to par and the altitude of the ground helps batters score big. Adds they gave too many runs in 8-9 deliveries and that puts pressure on the bowler. Says in an over if you get more than 20 runs then that puts a lot of pressure. Further says Axar went for runs but doesn't matter. Credits Duminy for his batting and says execution is very important. Says you've to keep choking South Africa and shouldn't let them score quick runs.