Enemies should also admit that there has been tremendous development in Bangladesh in the last 14-15 years. Self-financed Padma Bridge has taken Bangladesh to new heights. Karnaphuli Tunnel, Metro Rail and Cox’s Bazar Railway Station are becoming visible.

A 300-feet road from Kuril to Kanchan Bridge and 100-feet road on Madani Avenue have been constructed and flyovers are being built one after another in big cities.

Beautiful roads are being built all over the country which looks as if this is a new Bangladesh.

Bangladesh has become a role model for the world in terms of economic development and growth rate. Bangladesh has handled the pandemic very well when big countries were hit hard during the Covid period.

When the Covid vaccination started in Bangladesh, the vaccine did not reach many major countries till then. Bangladesh has created a unique history in this field. The death rate in the country due to Covid was also at a tolerable level.

Bangladesh has achieved what big countries could not do. Even during that crisis, Bangladesh did not let its economic growth rate fall.

Business has expanded greatly in Bangladesh. There have been 100 economic zones. People have become prosperous hundred times more than before. Businessmen have been able to do business smoothly.

There was no turmoil and no burning in the country. Public life was not disrupted at all. People from all walks of life lived a comfortable life. We are proud of this new Bangladesh.

In this comfortable Bangladesh, we have been seeing discomfort for several months. Some political parties have started political activities, marches, meetings and blockades for no reason. The government party is also stepping in to deter them. Unrest has started in the country. People are not able to reach their workplace on time. Students are not able to go to educational institutions. Traders have suffered huge losses. These activities must be stopped at any cost.

We don’t want politics that will harm people, make people’s lives unstable and cause unrest in the whole country. In the name of democracy, common people, businessmen and students to suffer even a single point, we do not want that democracy. This cannot be the purpose of real politics. This anarchy is not a democracy. Bengalis will not tolerate the so-called democracy which harms the people of the country in the name of democracy.

A terrible war started after the Covid pandemic. The impact of the Russia-Ukraine war is all over the world. Many countries, including Bangladesh, have been affected by the economic recession. Traders are suffering severely due to the unbridled dollar market. The industry and trade of the country faces an extremely disastrous situation. Some big businessmen want to announce the closure of industries out of anger. In this situation, extremely harmful political activities are plunging the entire nation into despair. We do not want these politics.

In all the countries of the world, the opposition does protest programmes. Their movement does not mean harming the country, not arson and not killing people. The countries that commit these acts are strictly restrained and repressed. Other countries have designated places for gatherings outside the city. The ruling party and the opposition party go to that particular place and hold the meeting. Meetings do not take place by blocking the city by damaging life of the city and taking away the breath of common people.

This government should create a designated area outside the city. Those who want to hold meetings will use that space. Meetings cannot be held outside the designated area. The ruling party and the opposition party all have to do it at that particular place.

I say again the city cannot be blockaded in the name of agitation. Public life cannot be harmed. Those who do that should be severely suppressed. In this case, the government must be as strict as possible. And the opposition party should be as flexible as possible. Both the parties should remember that politics is for the mass people. Their lives cannot be made miserable. Businessmen should be allowed to do business freely. Students should not be disturbed in their studies. Common people cannot be harmed. In order to increase the speed of the country moving forward, from political leaders, big businessmen to every person in the society, the country has to be managed keeping in mind the position of each person.

We want that politics. Development activities cannot be interrupted in any way. All that can be done to promote industry and commerce must be done immediately. Any destructive activities will not be tolerated and will be strictly controlled. In this case, the government should do whatever it has to do. In the name of social media, various harmful things are entering society. They should be strictly controlled. Such media like YouTube or Facebook have offices in all countries. There is also in India. These organisations are strictly controlled by every major country. We want YouTube or other social media offices to be set up in Bangladesh too and the government should strictly control it. These media should not spread any kind of propaganda about the country.

We hope that the government will definitely show firmness in these cases and the opposition party will be tolerant or flexible and hold meetings at a specific place without disrupting public life. Do not harm any property. I say to both the ruling party and the opposition party. For the sake of Allah, stop the political activities in the capital. 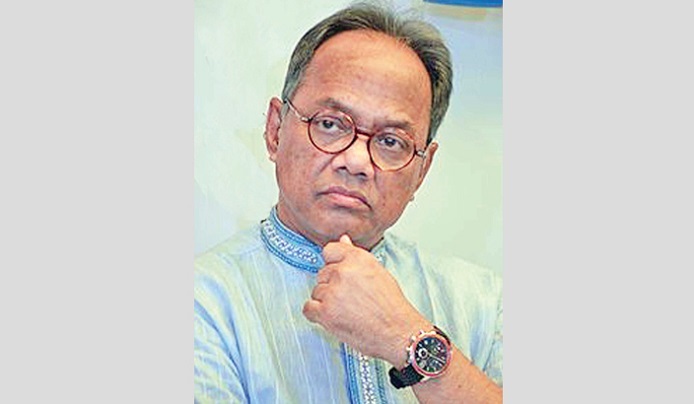