Twenty more people were hospitalized with dengue in the 24 hours till Monday morning.

Of the new patients, nine were admitted to the hospitals in Dhaka and 11 outside it, according to the Directorate General of Health Services (DGHS).

A total of 170 dengue patients, including 57 in the capital, are now receiving treatment at hospitals across the country

So far, DGHS recorded 289 dengue cases and 118 recoveries this year with zero death.

The country reported 281 deaths from the mosquito-borne disease last year, the highest ever dengue fatalities recorded in a single year in Bangladesh. The previous record of 179 deaths was reported in 2019. 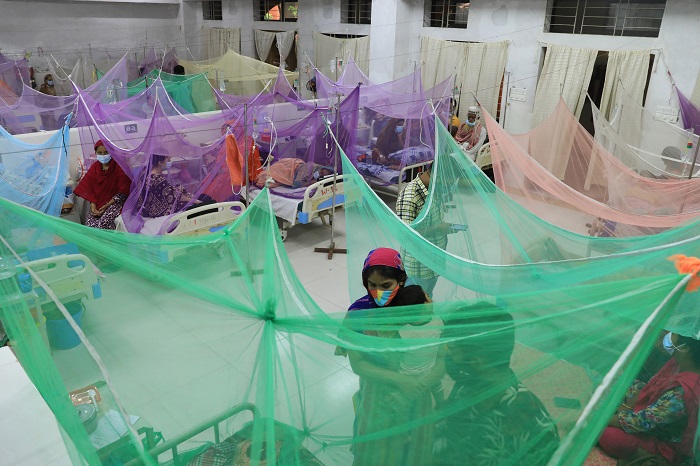