Prime Minister Sheikh Hasina said her government is working to ensure sports for all, urging the football players to prepare themselves in such a way so they can play for the World Cup in the days to come.

"The world cup football tournament ended a few days back, but Bangladesh could not qualify for the tournament. I hope Bangladesh will play World Cup football in future and you (footballers) would have to prepare yourselves in such a way," she said.

The Ministry of Youth and Sports has organised the programme at the Bangladesh Army Stadium in the capital city.

Referring to the participation of 1,10,552 boys and girls from upazilas, districts and national levels in the football tournaments, Sheikh Hasina said, "It's a miracle. I think there is no country in the world where such a huge number of footballers took part in such tournaments."

The Prime Minister said her government has been trying to encourage people in sports since assuming power for the first time after 21 years in 1996.

"Since we assumed office, our efforts have been to encourage our children more in football, cricket and other sports. The more of our children will engage themselves in sports the more benefit we will get," she said.
Briefly describing her government's measures taken for the overall development of sports, she said, "Our target is to ensure sports for all." 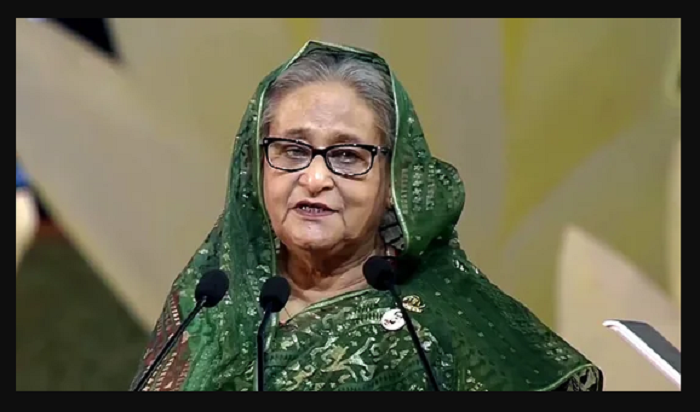