Sergey Shoigu made an aerial inspection of the Russian advanced position and spoke with commanders and troops, the ministry says

Shoigu made an aerial inspection of the Russia' military's forward positions and met with troops in the southern military district, whom he “thanked [...] for the exemplary execution of their combat tasks,”  the ministry said in a statement.

At battle headquarters, Shoigu heard reports from commanders on the current military situation on the ground, with special attention paid to the organization of comprehensive supplies for the troops, the accommodation provided to them in the field, and the operations of medical and rear units, according to the statement.

The ministry didn’t say exactly when or where the visit took place, but it published a clip of Shoigu's helicopter flyby and an aerial view of some of Russian fortifications.

On Friday, Shoigu was among a number of the country’s top military officials who held a meeting with Vladimir Putin. The minister, along with the likes of the chief of the General Staff Valery Gerasimov and the commander of Russian forces in Ukraine Sergey Surovikin, informed the president about the progress made in the campaign in the neighboring country.

The meeting followed a warning by Putin last week that the military operation in Ukraine “might be a lengthy process.” However, the head of state pointed out that Moscow had already secured several major gains in the campaign, referring to the People’s Republics of Donetsk and Lugnask, and the regions of Zaporozhye and Kherson, which became part of Russia in autumn as result of referendums. Ukraine and its Western backers have condemned those votes as illegitimate.

Putin insisted that Russia had no other choice but to send its forces to Ukraine in late February as the Donbass republics needed protection from Kiev. He also said that the current conflict had actually started in 2014 when the US backed a nationalist coup, ousting Ukraine’s democratically elected president Viktor Yanukovich. 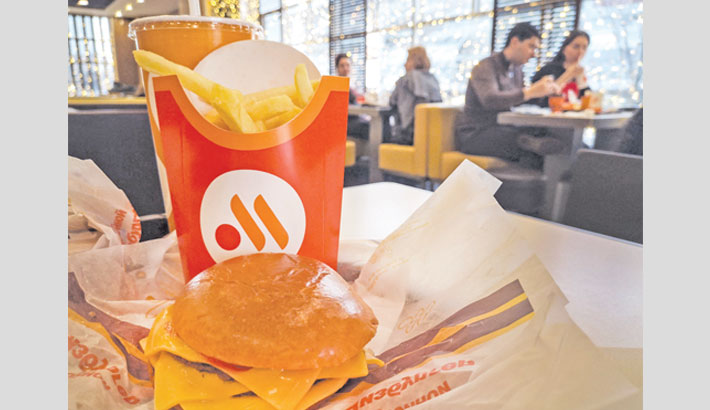 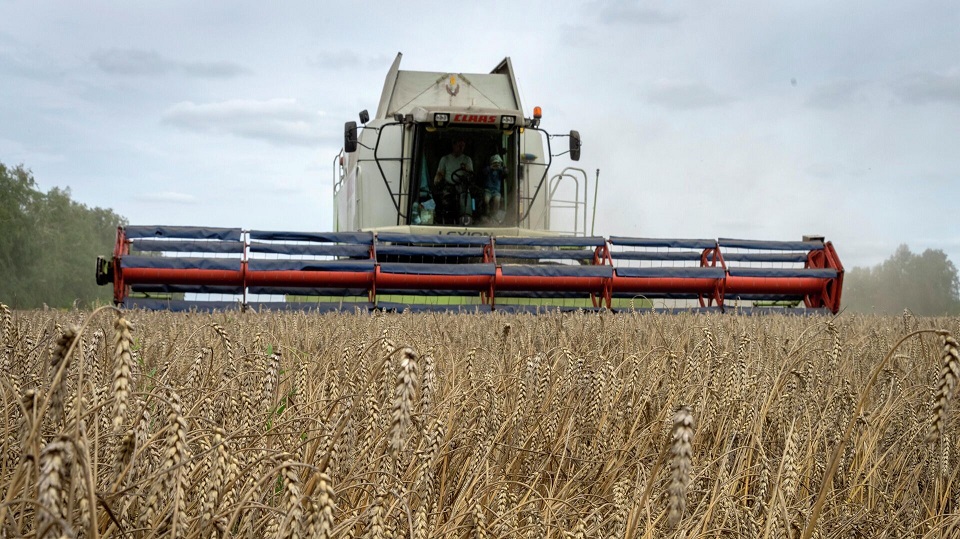 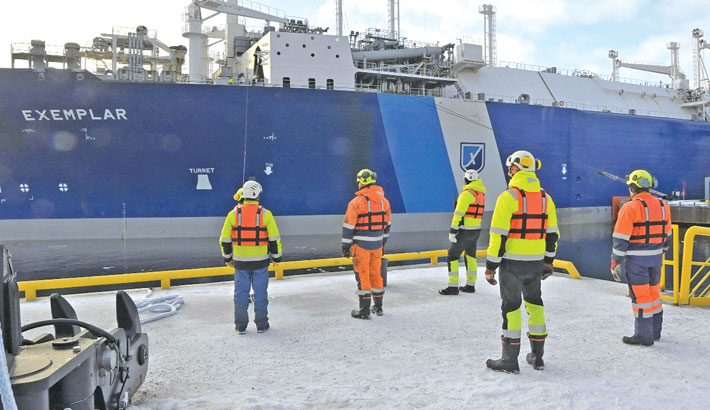 Workers stand in front of the Floating Storage and Regasification Unit (FSRU) ship Exemplar, chartered by Finland to replace Russian gas, at Inkoo port, west of Helsinki, on December 30. An offshore natural gas terminal has arrived in Finland as part of the country's efforts to replace Russian supplies after Moscow stopped deliveries, the Finnish gas grid operator said on December 28. Almost as long as three football fields, the Exemplar vessel, which arrived in Inkoo port in southern Finland, will allow the country to turn liquefied natural gas (LNG) imported from other countries back into its gas form. —Photo by AFP 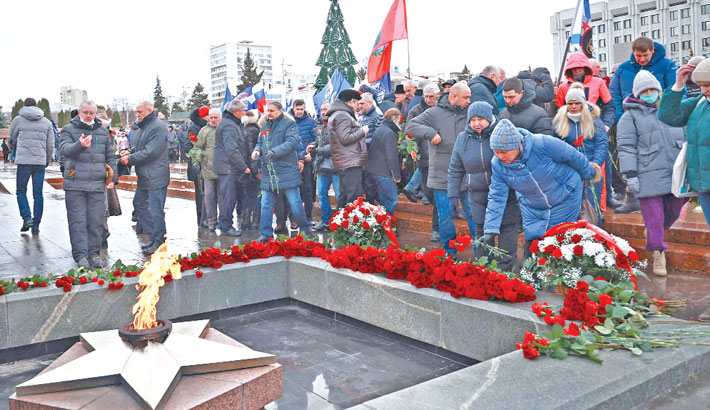