By-polls to be held as per law: EC

All seven MPs of Bangladesh Nationalist Party (BNP) tendered resignation to Speaker Dr Shirin Sharmin Chaudhury on Sunday, a day after they announced their resignation from Parliament for what they said to expedite their ongoing anti-government movement.

The resignation of five of them who submitted their letters in person was accepted while the application of one of the rest two, who was not present there, is under review and the other one who sent through email with a scanned signature has been advised to resubmit it as the lawmaker is currently abroad.

Zahidur Rahman from Thakurgaon-3 constituency Mosharof Hosen from Bogura-4, Gulam Mohammad Siraj from Bogura-6, Aminul Islam from Chapainawabganj-2 and Rumeen Farhana from one of the reserved seats for women went to the Speaker’s office at 11:00am and tendered their resignation letters.

Harunur Rashid, elected from Chapainawabganj-3 constituency, is currently abroad while Brahmanbaria-2 constituency lawmaker Abdus Sattar Bhuiyan could not join the group in parliament due to illness.

She said she received the resignation letters of seven BNP lawmakers. Of them, five submitted their resignation in person, she told reporters at the Parliament Secretariat.

Of the remaining two, one is sick while another one is now staying abroad, she added.

Citing an article of the Constitution, the Speaker said there is no obligation to submit resignation letters in person, adding that the Parliament Secretariat will verify the signatures of two other letters to know whether they themselves sent the letters.

She, however, said since lawmaker Harunur Rashid sent his resignation letter through email with his scanned signature, his letter would not be accepted.

Harunur should send a fresh resignation letter, she said, adding that the Parliament Secretariat would issue a notification declaring these parliamentary seats vacant after completing all necessary procedures.

“Gazette will be issued in connection with the vacancy of the seats. It will also be sent to the Election Commission. After a seat becomes vacant, by-election has to be held within 90 days,” said the Speaker.

Law Minister Anisul Huq said there will be no political crisis in the country due to their resignation.

He made the remarks while addressing a programme in the capital on the occasion of Human Rights Day.

The minister said by-election in the vacant seats will be held within 90 days as per the law.

Meanwhile, Awami League General Secretary Obaidul Quader said the resignation of BNP lawmakers will have no impact on the House as there are 301 members of ruling AL alone and lawmakers of other parties are not stepping down.

Emerging from the Parliament Secretariat, GM Siraj said they submitted their resignations to the Speaker.

“We are no longer lawmakers as our resignation letters have been accepted. The rest of the two will submit their resignations later,” he said, claiming that they joined parliament as part of a strategy of the party.

Mosharof Hosen said they did so to go by the decision of the party. “We happily have announced our resignation in front of tens of thousands of people. Nobody wants to step down a single day before the stipulated time but we have willingly done it a year ago,” he said.

Rumeen Farhana said they took the decision to quit the House in protest against the ‘extreme authoritarianism’ of ruling Awami League and ‘suppressing of political opposition’, ‘denying freedom of expression’ and ‘violating voting rights’.

The journey of the current parliament began on January 30, 2019 through the December 30, 2018 general elections, participated by all registered political parties.

BNP Secretary General Mirza Fakhrul Islam Alamgir who was elected from Bogura-6 refrained from taking oath. As a result, the Speaker on April 30, 2019 declared the seat vacant and GM Siraj was elected from that seat later.

Election Commissioner Md Alamgir said by-polls to vacant seats after the resignation of the BNP MPs will be held within 90 days as per the Constitution.

“We are yet to get a gazette of the vacant seats. If they (BNP MPs) truly resigned, the election to vacant seats will be held within 90 days,” he said, adding that the gazette will be circulated after the Speaker or Deputy Speaker receives the resignation letters.

Asked about the resignation of the BNP MPs, Alamgir said they saw the matter as normal and an MP can resign. “It is narrated in the Constitution how the resignation can go. Here the EC has nothing to gain or lose,” he said. 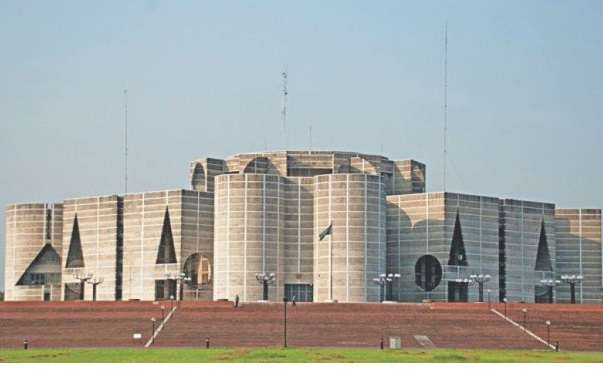