One killed in explosion at flats in Jersey

One person has died after an explosion at a block of flats in Jersey.

About a dozen people are missing and two are being treated in hospital after the explosion on Pier Road in St Helier just before 04:00 GMT.

Searches are under way and Chief of Police Robin Smith said he expected it to take "a number of days".

"It is a pretty devastating scene... the scene is a very dangerous one for all of our staff," he said.

He said: "I don't know the exact number of the flats destroyed, but we have a three storey building that has completely collapsed.

"Described as, from a demolition point of view, probably as a pancake that has just dropped almost sort of straight down."
Mr Smith confirmed the fire service had attended the scene on Friday night after the smell of gas was reported.

Emergency services said a fire caused by the explosion had been extinguished and the police force said it was using specialist resources to find "anybody trapped in the rubble".
Anthony Abbott told the BBC how the flat he shares with his wife had been severely damaged by the explosion.

"We heard an explosion at about four o'clock this morning, we got up and we found it [debris] in the flat, all the windows had been put in, the staircase had been damaged and there was fire everywhere outside," he said.

"It was very, very distressing.

"There was young children in the flat, we helped them out and we got them down... the housing and everyone's been very good to us at the moment... helping us."

Mr Abbott added: "I'm a little bit shocked but we are lucky we're OK."
Another resident described being woken up by what she thought was an earthquake at about 03:50.

"The bed started to shake and there was this massive bang," she said.

"I checked online for news about an earthquake or lightning, I had no idea what it was."

Luis, who was rescued from his flat with his nephew, said his doors and windows had been "blown off" by the explosion.

He said he felt "pretty shaken up but OK, it's traumatising".

The government has repurposed its Covid helpline for those who need support following the incident. 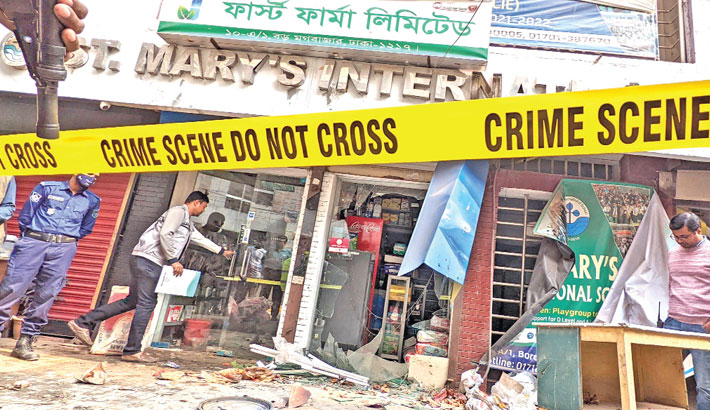 Crime scene tape surrounds a medicine store while parts of doors and furniture, broken flower pots, shop shutters, drums and bricks were strewn across the footpath in front of the shop in the capital’s Moghbazar Wireless Gate area after an explosion from a garbage can on Tuesday morning. —SUN photo 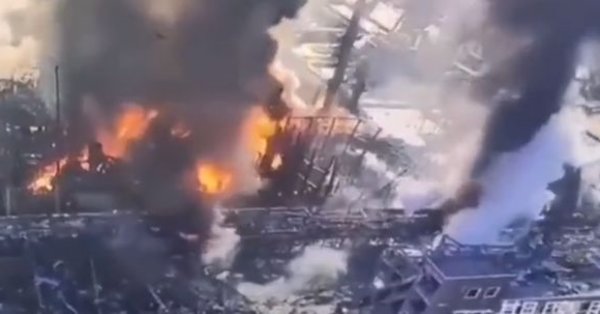 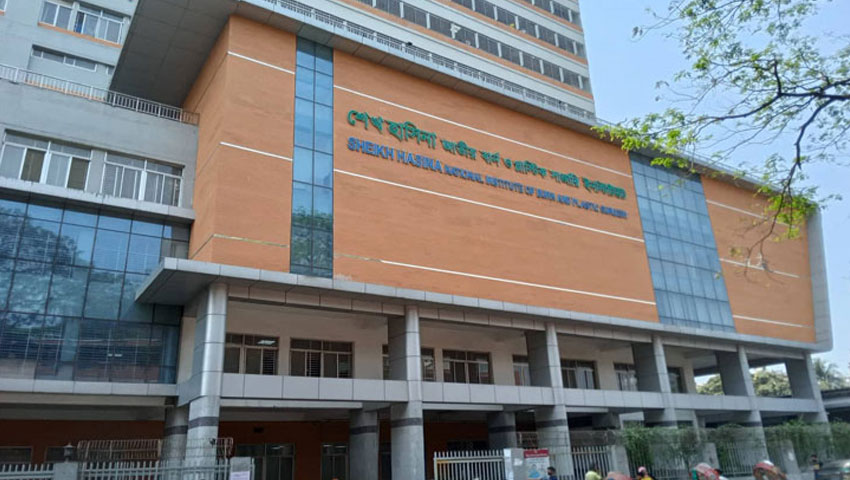 5 of a family including child burnt in gas cylinder explosion 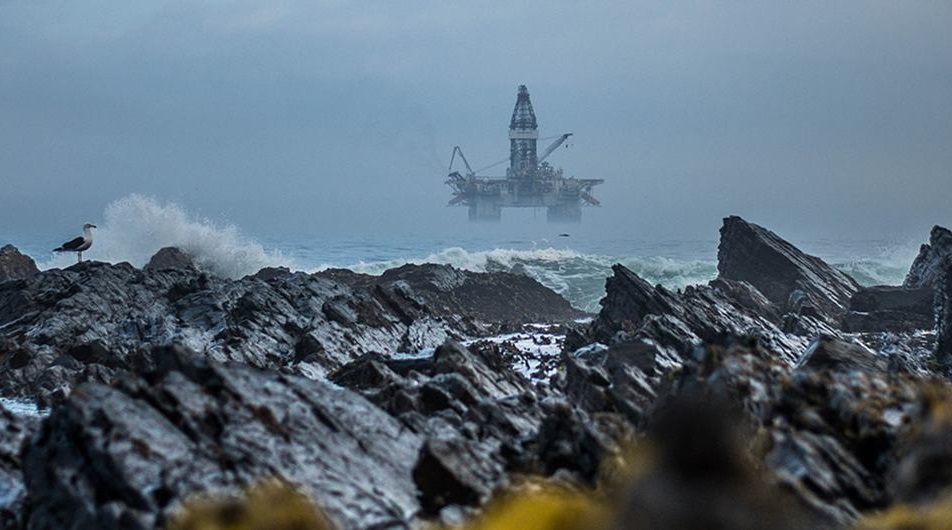 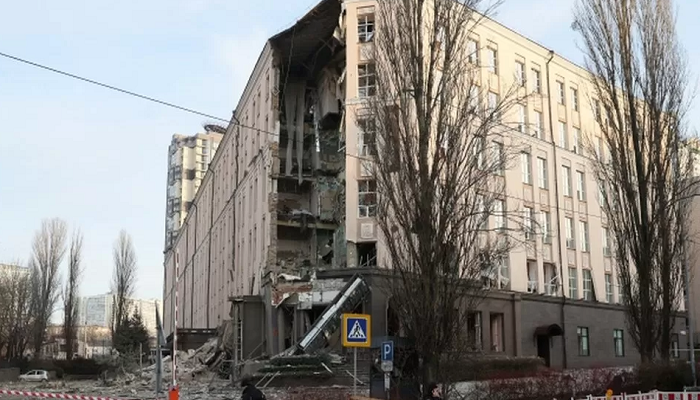