Russia’s invasion of Ukraine has been described as a crisis for women and girls, with cases of conflict-related sexual violence on the rise.

Hrystyna Kit, co-founder of JurFem, the Ukrainian Women Lawyers Association, has found herself pushing forward against a rising tide of gender-based violence, according to the UN news on Sunday.

As the Russian invasion erodes the security of Ukrainians across the country, the risk to women and girls is two-fold. “There’s no doubt that no one feels safe because of Russia’s war against Ukraine,” says Ms. Kit, “And women and girls have become even less protected from gender-based violence. Rape—usually gang rape—sexual torture, forced nudity, and other forms of abuse have been documented by journalists, human rights organizations and law enforcement agencies.”

The true scale of this violence is not yet known, Ms. Kit adds, but what’s clear is that its impacts will be lasting: “We will have to work with the consequences of conflict-related sexual violence for many years to come.” 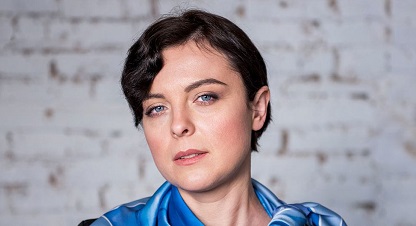 At the same time, women are still contending with the endemic violence of their own society. “Cases of domestic or sexual violence against women, in particular in public places, haven’t disappeared,” she notes. “People who were abusive and violent within the family continue to commit acts of violence.”

The ongoing conflict has made progress that much harder, emphasizes Ms. Kit: “It’s difficult to move forward in the fight against violence against women when you live in a state of war and fight for your life and the lives of your children every day.”

Starting her law career in 2007, Ms. Kit saw a critical gap in legal assistance for survivors of domestic violence. “There were not many lawyers willing to work with such cases, because these are often latent crimes,” she says. Domestic violence is typically considered a private matter, and the legal system tends to shift responsibility for handling such cases onto the victims themselves.

Ms. Kit set out to change this. “I want myself, as well as other women and girls in Ukraine, to feel safe and to know that if their rights are violated, they [will] receive effective protection, without prejudice, discrimination, or stigma,” she says.

In 2017, she took a major step towards this goal with the founding of JurFem. The organization’s recent work has been shaped by the unfolding crisis: collaborating with partners to ensure conflict-related sexual violence survivors receive protection and support from law enforcement and service providers. They’ve also been providing legal assistance directly to survivors, launching a legal aid hotline in April.

“It is possible to change our approach to investigating cases related to sexual violence only through experience and practice,” Ms. Kit says. Even the strongest legal protections can’t convince police or judges to believe a survivor. But by communicating with law enforcement agencies and the courts, “JurFem lawyers can break existing stereotypes and ensure access to justice for the victims.”

Though her own advocacy work relies on her legal training and decades of experience, Ms. Kit emphasizes that you don’t need special skills or knowledge to get involved in a cause: “Each and every one of us should work to change something for the better.”

What activism does require, she says, is community and care: “unite, enlist the support of like-minded people and forces,” she advises. “Take care of your safety and mental health and do what you feel is right, take care of yourself in order to be able to take care of others.”

She does believe that we can reduce its prevalence by creating better response mechanisms and bringing perpetrators to justice. And she believes in a better future for Ukrainian women and girls: “Justice must be restored,” she says, “so this never happens again.”

The 16 Days of Activism against Gender-Based Violence is an annual campaign that begins on 25 November, the International Day for the Elimination of Violence against Women, and runs through International Human Rights Day on December 10.

Led by civil society, the campaign is supported by the United Nations through the Secretary General’s UNiTE by 2030 to End Violence against Women initiative. This year, the UN marks the 16 Days under the theme “UNiTE! Activism to end violence against women and girls”.