Srichand Parmanand Hinduja, 86, is the eldest of the four brothers behind the Hinduja Group conglomerate.

They were top of this year's Sunday Times Rich List with their £28bn collective fortune - up £11bn on the previous year.

But a High Court feud over a bank the family owns in Geneva has meant Srichand Hinduja's needs, since he was diagnosed with Lewy Body Dementia, "have become marginalised", Mr Justice Hayden said.

The second most senior judge at the Court of Protection said that despite the "extraordinary scope and reach of their financial capacity" the family had failed to organise his care, "driving him to consider a placement in a public nursing home".

It comes at a time when 132,000 NHS vacancies and 165,000 in social care have left the system "gridlocked" and "unable to operate effectively", according to the latest Care Quality Commission report.

In written rulings, which have now been made public, Mr Hayden said that a "private residence with a full care package" would be the best way to achieve "peace and dignity" for Mr Hinduja.

"Such a plan requires a financial settlement to be put in place to ensure the resilience of the care package," he said.

But he added that "suitable accommodation and appropriate care" had not been arranged and he has been "placed at a disadvantage by his own family members' conduct".

"I entirely accept the Official Solicitor's analysis that Srichand Hinduja's best interests have been consistently marginalised in consequence of the parties' shifting positions," he said.

Despite an "abundance of resources" and "range of doctors and healthcare professionals", he added: "Srichand's vulnerability is both truly alarming and profoundly sad.

"I am told he is a loved and respected man. This is not what has happened to him. He has been disrespected."

A statement from daughters Ms Shanu and Ms Vinoo Hinduja following the judgment said: "We have always lived and acted according to the instructions given to us by our father. These are in line with his values, which have been instilled in us since childhood.

"We have - as any other children would have done - cared for our parents and have worked in their best interests. Our absolute priority has been to ensure that our parents' wishes are fulfilled and that their dignity and wellbeing are protected.

"While we are pleased that the dispute surrounding the health and welfare of our father has been resolved, a final settlement with respect to the broader disputes still needs to be reached, so that we can fulfil the wishes of our parents for security and dignity in their final years."

Who are the Hindujas?

The Hinduja Group is an Indian conglomerate that owns businesses in 38 countries, employing more than 150,000 people.

It was founded by Srichand Hinduja's father Parmanand Deepchand Hinduja, who began trading in the Sindh region of India, which is now part of Pakistan, before moving to Iran in 1919.

On his death in 1971, his four sons Srichand, Gopichand, Prakash and Ashok, took joint control of the business and moved operations to London after the Islamic takeover of Iran in 1979.

Srichand, the eldest, and Gopichand currently live in London, Prakash in Monaco, and youngest Ashok in Mumbai to oversee Hinduja's Indian operations.

When they topped The Sunday Times Rich List 2022, theirs was the biggest fortune recorded in the list's 34-year history.

What is the feud over?

Since 2014 the four siblings have been operating under the premise that "assets held in any single brother's name belong to all four".

This was declared in a letter in July that year.

But in 2015, Srichand Hinduja sued the other three brothers in the High Court over claims the letter had "no legal effect" and he had sole ownership of Hinduja Bank in Switzerland.

Despite only being a small part of the family's assets, Srichand insists he is the sole owner. His daughter Shanu Hinduja is chairman and his son Karam Hinduja is chief executive.

Srichand Hinduja told the court at the time "the family's assets should be separated".

Details of the case were only made public in 2020.

Ultimately, the family said it had "agreed terms" intended to end "all disputes in all jurisdictions".

Court of Protection forced to intervene

The Court of Protection is a specialist part of the High Court that presides over the Mental Capacity Act and makes decisions on behalf of people who lack capacity themselves.

It became involved in the Hinduja case in June 2020, court documents reveal.

This is because Srichand's brother Gopichand had questioned the legitimacy of the lasting power of attorney Srichand gave to his daughters Vinoo and Shanu Hinduja.

Gopichand Hinduja claimed that his brother's dementia meant he did not have proper capacity to make that decision.

The court heard that the daughters had "drawn on Srichand's assets to fund their own cost of this litigation" and "their own private purposes".

Mr Justice Hayden described the conflict of interest as "flagrant".

Instead, a solicitor had been appointed legal power of attorney, he added.

Srichand Hinduja was admitted to hospital in March 2021, when his consultant told him he had "only a very short time to live".

In response, the court heard, Mr Hinduja "confounded his doctors".

Following that, the "conflict in the family" has prevented the family from finding "suitable accommodation and appropriate care" for his condition, which is a "progressive, fatal disease" without treatment options.

Gopichand Hinduja assured the judge the "feud was over".

But Mr Hayden said he had been "driven to consider a placement in a public nursing home", as the matter was not yet resolved. 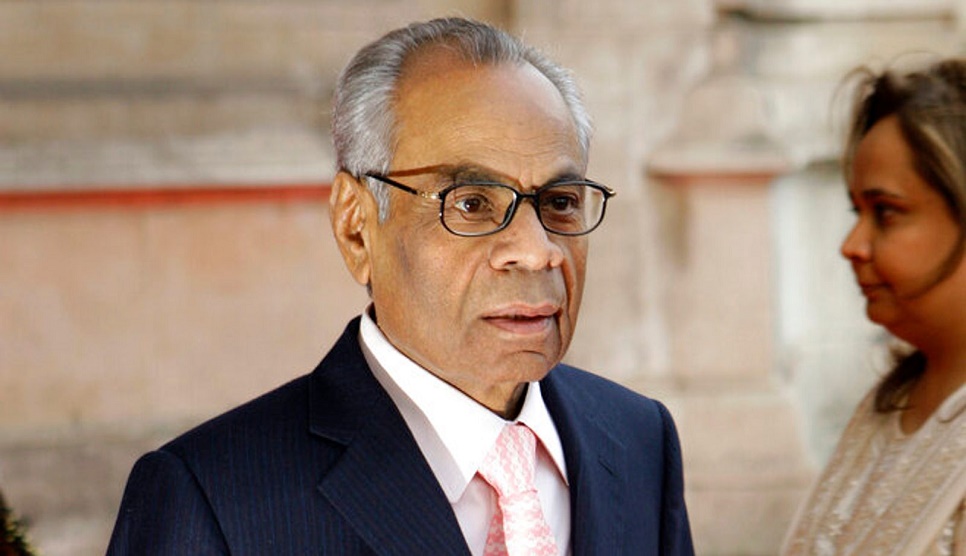 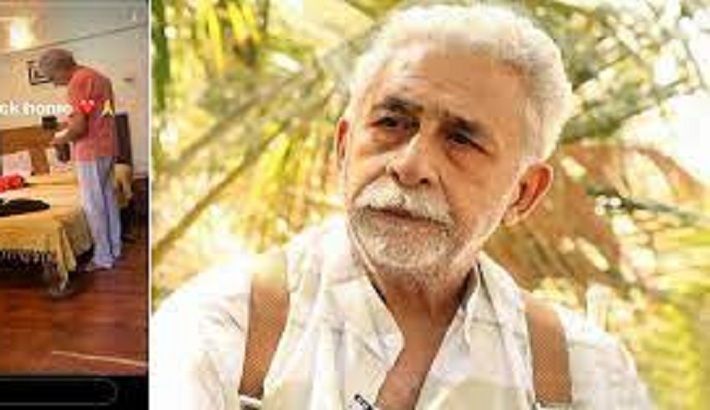 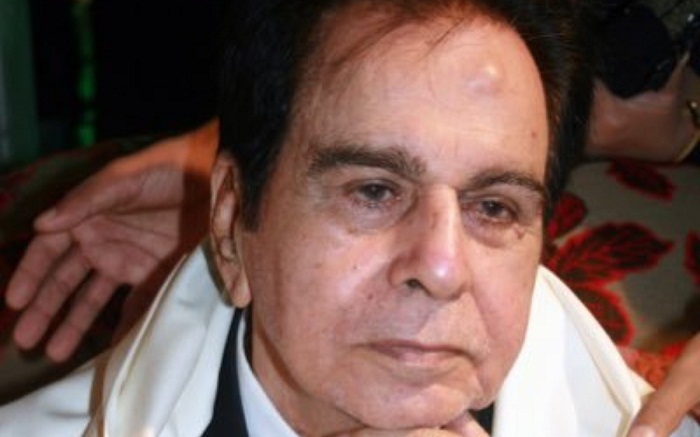 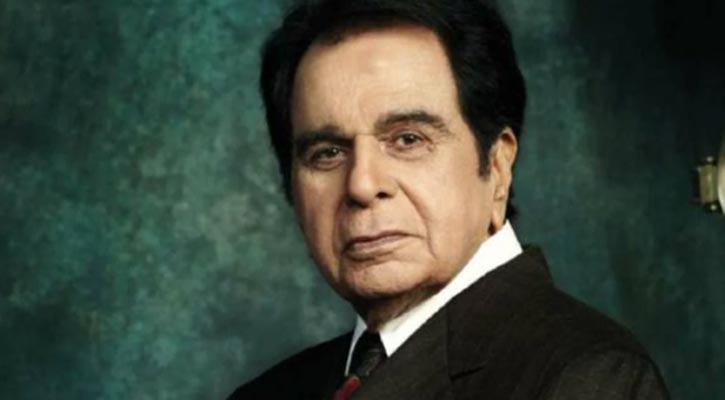 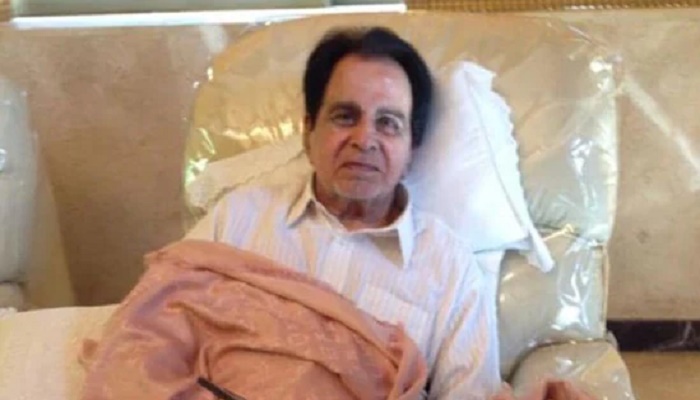 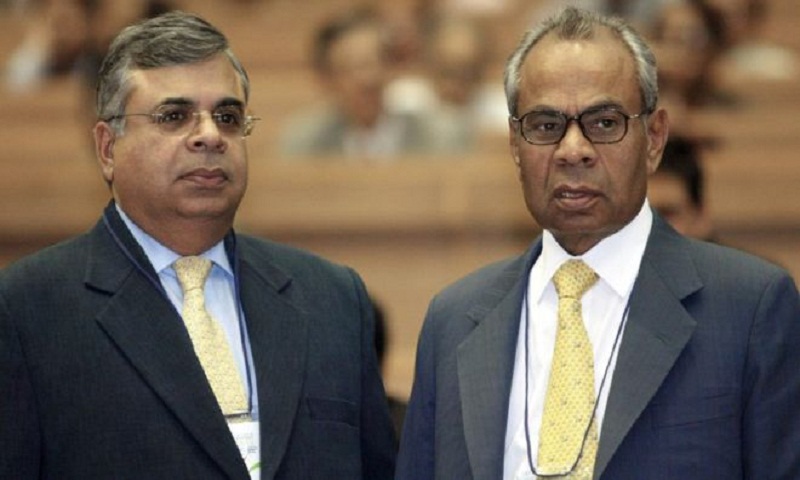