Many women in Pakistan still do not have national ID cards: Report

Many Pakistani women still do not have national ID cards, so they cannot take part in any indigenous activity, Daily Times reported.

An identity card is used to identify the person and labels them as a verified/authorised citizen of the country, giving the individual a legitimate reason to gain access to public resources and enjoy public services exercising the fundamental rights that the state grants people under the Constitution.

According to Trust for Democratic Education and Accountability, a non-profit organization, almost 2.6 million women in Khyber Pakhtunkhwa province do not possess National ID cards. The other provinces might tell the same tale about women being deprived of equal identification in public life, according to Daily Times.

In the year 2020, the Khyber Pakhtunkhwa government under the United Nations Development Programme (UNDP) conducted a worrisome survey about the status of women as citizens.

The prevalent gender disparity and sociocultural norms place restrictions on women due to which they do not possess or are unable to possess national ID cards. Such women are forcibly deprived of enjoying health benefits under government schemes and exercising any right guaranteed by the Constitution. Since they are not considered an authorised citizen, they cannot seek justice in the case of being maltreated nor are they given access to the legal justice system of the country.

Talking about women’s rights in Karachi, Mumtaz Begum who works for the protection of women’s rights, believes that they face discrimination and are given fewer opportunities.

While portraying a sombre image of women who are denied ID cards in the country, she explained: “Nobody cares about women’s identity cards. Men only seek identity cards for women for their benefit, to obtain a piece of land or if they have some financial loss.”

According to Begum, some 70 per cent of Pashtun women are denied ID cards, which, she said, is ideally possible when men push their women to visit identity card offices or they bribe the government officials to take benefits under their wife’s name that the state provides, according to Daily Times.

As a woman’s independence, finance and mobility are controlled by her husband, those women who willingly want to have ID cards without the permission of their husbands are beaten by them and people in their community mock them to have such liberal views. In a conservative society such as that of Pakistan, having an ID card and gaining her rights is also regarded as a woman becoming liberal. (ANI) 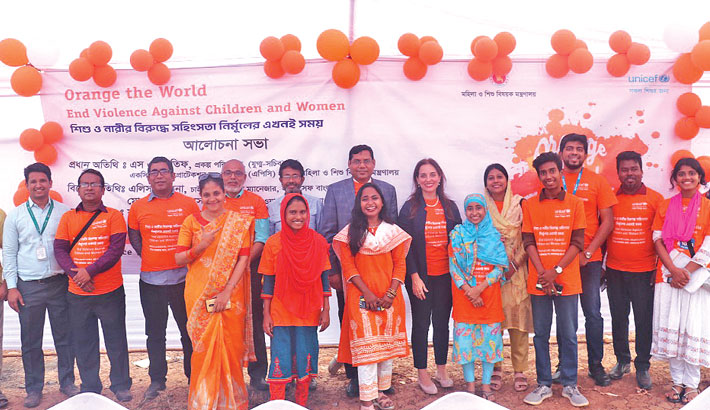 22 women get sewing machines in Lakshmipur