A total of 177 people were also rescued so far as the salvage teams are searching for missing others in the bridge collapse.

The nearly half a century old suspension bridge on the Machchhu river in Gujarat's Morbi city, 200 KM away from the state capital Ahmedabad, collapsed at about 6.30 pm on Sunday.

Media reports said that around 500 people, including women and children, were on the bridge when the cables supporting it snapped, sending people crashing into the river.

Many were performing Chhath puja rituals on the bridge, which was shut for seven months for repair. It was opened for the public on October 26, the Gujarat New Year.

A five-member high-powered committee has been formed to probe into the bridge collapse incident.

Five teams of National Disaster Response Force or NDRF worked through the night to find the missing. The Army, Navy and Air Force also joined the operation later.

The state government has announced a compensation of Rs 4 lakh to the family members of each of those who died in the accident and 50,000 Rs for the injured.

The Prime Minister also announced a financial assistance of Rs 2 lakh each to the families of the victims, reports said. 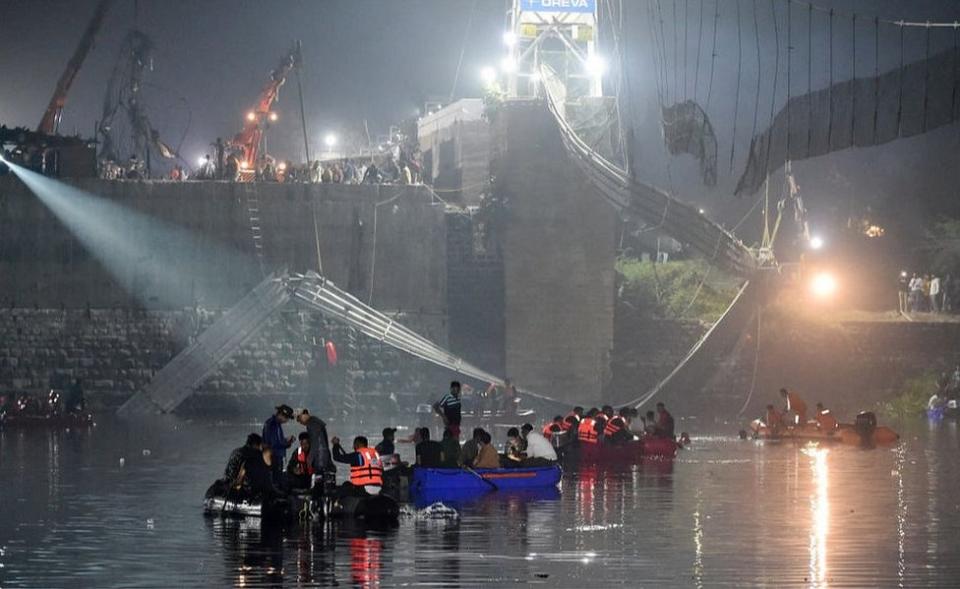